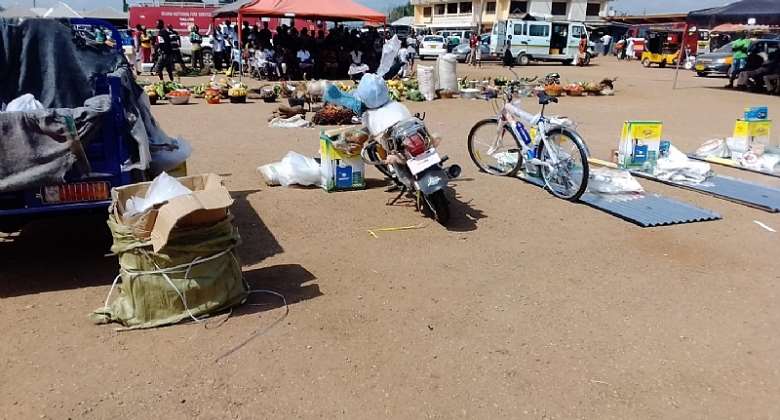 To celebrate farmers in Ghana for their hardworking and enormous contribution towards growth and national development, the 37th National Farmers Day celebrations at the district level was held in Seikwa on Friday 3rd December, 2021 to show gratitude to farmers for their sacrifices.

The theme for this year’s celebration was "Planting for Food Jobs; Consolidating Food Systems in Ghana."

Mr. Joseph Yelibora, the Tain District Director of Agriculture in his submission congratulated all the farmers for wonderful work done to help sustain the country’s economy considering the fact most countries have been adversely affected by the COVID-19 pandemic and climate change among others resulting in a shortage and high cost of food globally.

He said the country has been fortunate to be able to surmount some of these challenges as a result of the several interventions that government has put in place such as Planting for Food and Jobs (PFJ), One Village One Dam, Planting for Export and Rural Development (PERD), Rearing for Food and Jobs, One District One Factory, Green House Technology and setting up Agriculture Mechanization Centers and among others.

The District Chief Executive, Dr. Mrs. Lucy Acheampong urged the youth to take advantage of the government’s flagship programmes such as the Planting for Food and Jobs (PFJ), Planting for Export and Rural Development (PERD) among others to improve on their livelihood.

According to her, these intervention programmes intended to encourage Ghanaians especially the youth to take farming more serious by making it a respectable venture which would create more jobs.

The DCE further said government recognizes the significant roles of farmers in the national economy.

She assured the farmers that government will soon finalise the process and come out with fixed cashew prices to enable farmers enjoy their labour.

On the whole, 10 farmers received awards of various kinds for their immense contributions to the development of agriculture in the district.

In the end, Mr. Kupo Kofi emerged as the best farmer in the district followed by Mr. John Dwommor.

What's the big deal if military is withdrawn from Speaker Ba...
5 minutes ago

Bogoso explosion: 500 houses blown into pieces at Appiatse
7 minutes ago