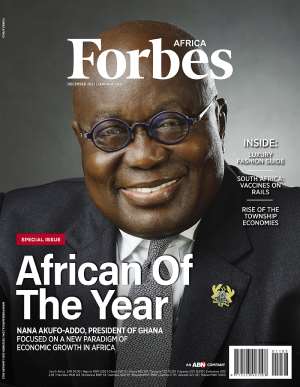 This has been announced on the cover page of Forbes Africa’s latest release as posted on its Twitter page.

According to Forbes Africa, the “Ghana President, has repositioned the country in the global marketplace as one reliant on its own resources and strengths.”

The announcement from Forbes Africa has been met with mixed reactions. While some people congratulate President Akufo-Addo, some also insist the recognition discredits Forbes Africa and makes them not credible.

Check out some comments below: