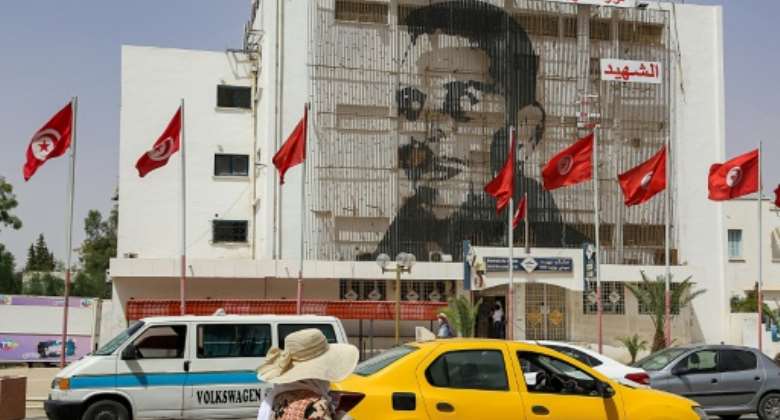 Mohamed Bouazizi Square in the town of Sidi Bouzid in central Tunisia was named after a vegetable salesman who, angered by police harassment, set himself ablaze on December 17, 2010 sparking Tunisia's uprising and the Arab Spring revolts. By ANIS MILI (AFP/File)

Tunisia's President Kais Saied said Thursday he would move the official anniversary of the country's revolution, a symbolic shift indicating that the revolt is unfinished.

Tunisia's uprising broke out on December 17, 2010, when Mohamed Bouazizi, a vegetable salesman angered by police harassment, set himself ablaze in the marginalised rural town of Sidi Bouzid.

But Saied told his cabinet on Thursday that he would order the holiday moved to December 17, the day "the revolutionary explosion burst out of Sidi Bouzid".

"Unfortunately the revolution was usurped," he added. "The people were even prevented from expressing their desires and slogans."

Saied, who sacked the government and seized wide-ranging powers on July 25, wants to radically change the form of Tunisian governance and sees the revolution as a process that is still underway.

Since 2011, January 14 has been a public holiday across Tunisia -- except in Sidi Bouzid, which marks the revolution every year on December 17 in homage to Mohamed Bouazizi.