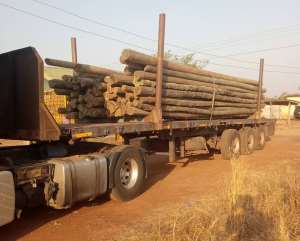 Paramount Chief of the Kologo Traditional Area in the Kassena-Nankana Municipality, Naba Clifford Asobayire, has been accused of allegedly selling electricity poles provided for rural electrification projects in his traditional area.

According to the information reaching this platform, some electric poles secured for the rural electrification project in the Kassena Nankana Municipality of the Upper East Region are now in the custody of the police since yesterday Monday, November 29, 2021 following a report that the chief through a middle man is allegedly selling them out to individuals at the cost of six hundred and fifty Ghana cedis each (Ghc650.00). 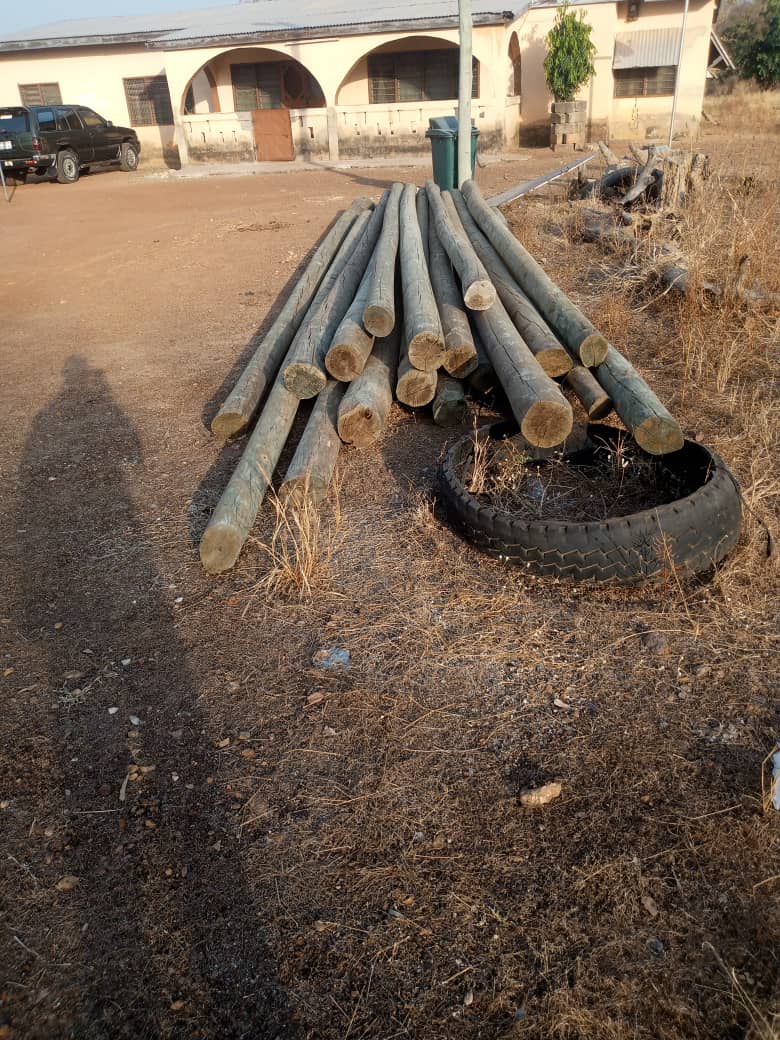 According to aggrieved community members, with the intervention of security, the poles captured in a truck above are currently packed at the Navrongo police station for further investigations.

“For me, I don’t have any knowledge about selling any poles. In fact, all that was brought to me…. myself and the contractor we are on-site now working and some of the material is yet to get to Kologo here and am waiting to receive them as I have received some yesterday so, am not selling any pole. But I can attest to you that I went to the Ministry of Energy and lobby for electricity extension for my traditional area and fortunately they have awarded the contract for the contractor to come and do the work. The engineer who is supposed to supervise the work, he is supervising it,” the chief has denied selling the poles to some individuals through a middle man by the name Justice Kudare.

According to him, Justice is an electrician who normally helped with some electrical issues at home.

“I am the paramount chief for Kologo and am in for development. I don’t joke at all with my community. I wrote to the Ministry of Energy for them to come and extend electricity in the whole of Kologo traditional area for me. All the materials that have come are there intact in the house,” he stated.

Naba Clifford Asobayire continued, “I know, I contested the chieftaincy with some people, and they are the same people who are trying to give me a bad name when am doing good for my community.