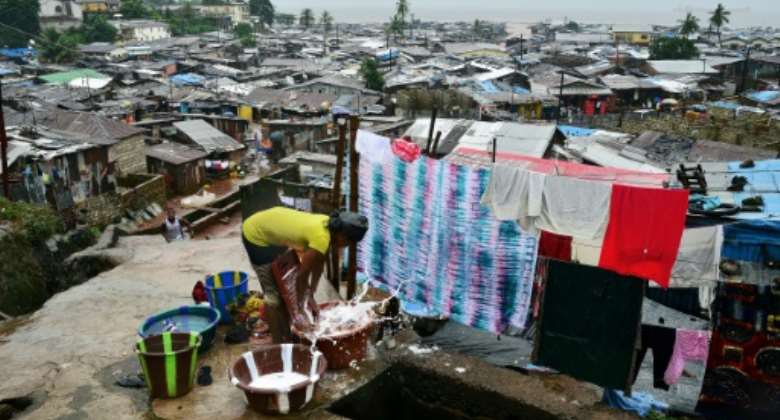 Sierra Leone's capital Freetown has appointed an official to combat extreme heat in an African first, with plans to plant one million trees and improve living conditions in the city's sprawling slums.

Eugenia Kargbo, the chief heat officer, is in charge of the response to rising temperatures in the seaside West African city.

Helping the poor will be a priority.

"Informal settlements are the most affected by extreme heat," the 34-year-old former sanitation official told AFP.

Sierra Leone, a diamond-rich former British colony, is one of the poorest countries in the world, still recovering from a brutal 1991-2002 civil war and the 2014-2016 West Africa Ebola epidemic.

Its capital, which borders the Atlantic Ocean, is hot and humid.

Temperatures can soar to 40 degrees Celsius (104 Fahrenheit) in Freetown during the December-April dry season, and the 1.2 million residents of the city's crowded shanty towns bear the brunt of the heat with little access to running water.

A fire in one such slum made about 7,000 people homeless in March.

Deadly landslides also occasionally occur in Freetown, as when heavy rains caused subsidence that killed hundreds of people in the city in 2017.

"We are witnessing a dramatic change in weather patterns wherein we are experiencing longer dry seasons," Kargbo said.

She added that extreme temperatures are also becoming more common during the normally cooler rainy season -- and at night.

The city had already made strides to defend against heat waves before her appointment.

It committed to planting one million trees within three years, of which half have already been planted, according to the council.

Freetown is also converting rubbish dumps into public gardens, which Kargbo said was creating "beauty and adding ambiance to the city".

Kargbo's main task will be designing a comprehensive policy to respond to rising temperatures, which will include fortifying precarious slums against natural disasters.

Government agencies and international partners such as the United Nations will work alongside her, she told AFP.

The chief heat officer also paid close attention to last month's COP 26 climate summit in Glasgow, Scotland, but noted that "poor countries did not get much" out of it.

"We need to start taking action," Kargbo said, explaining that climate change is an emergency that must be tackled at the local level too.

"It has to be a collective effort".