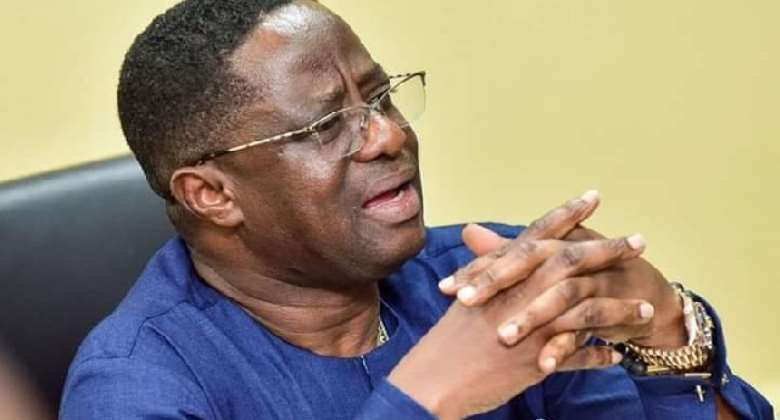 The Minister of Railway Development, Mr John Peter Amewu, has clarified his controversial statement on the government's sky train project.

He said the huge amount of money involved in that kind of infrastructural intervention, cannot be done within a period of three years.

The immediate past sector minister, Mr Joe Ghartey, is on record to have said that a sky train project will be completed within the tenure of President Akufo-Addo.

However, Mr Amewu, after a recent radio interview attracted widespread criticism for saying that the project was impossible in Ghana.

Clarifying his position on the matter today, Wednesday, 1 December 2021, the minister stated that the project, which is estimated at a cost of $12billion, cannot be achieved within a period of three years, hence there will be the need for more time to implement the vision.

“If the sky train is supposed to be done today, it’s about $12 billion. I’m told that a cost per kilometre is in the range of $11 to $12 million and constructing a sky train is not like building a road and so if you consider the period of three years, it’s not possible, sometimes we need to be very honest and very objective and that is why I said for the period three years is not possible.

“I’m not on record to have said that sky train is not possible in Ghana; it can be done in Ghana but within that three-year period, it cannot be done within the period of three years.”