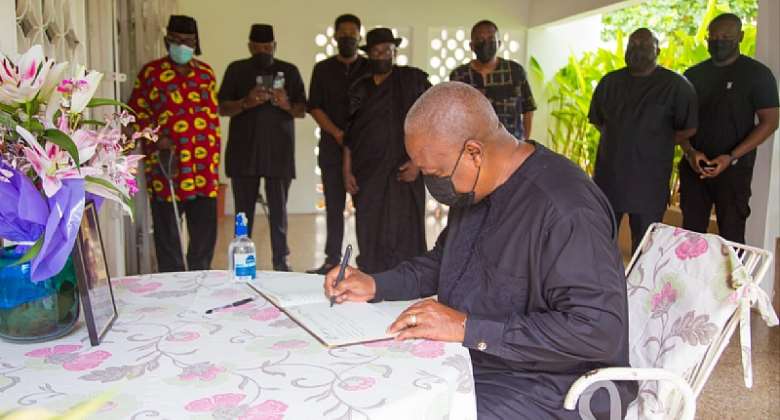 Former President John Dramani Mahama has signed the book of condolence which has been opened for the late Founding member of the National Democratic Congress (NDC).

Signing the book of condolence on Monday November 29, Mr Mahama described the death as a significant loss to the party.

“The passing of our senior comrade, pan-Africanist and freedom fighter, Captain Kojo Tsikata (Rtd.), is a great loss to the National Democratic Congress , Ghana, Africa, and all progressive movements across the globe. Captain as he was simply referred to, contributed immensely to the development, peace, and stability of Ghana, the global liberation movement, and actually fought alongside our Cuban comrades in Angola in the war against the forces of apartheid and colonialism,” he said in a statement.

The family of the late Tsikata has said he is going to be given a private funeral because that was his wish.

A statement issued by the family and co-signed by Col Joshua Agbotui (RTD) and Fui S Tsikata said there is going to be a a private burial ceremony in accordance with his wishes.

“The family of Captain Kojo Tsikata regrets to announce his passing in the early hours of Saturday 20th November 2021. He was 85.

” In accordance with his wishes, the family will be making arrangements for a private funeral,” the statement said.