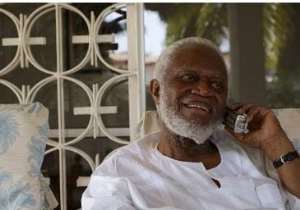 The remains of the former National Security Advisor, Captain Kojo Tsikata (retd), were last Thursday laid to rest at a private ceremony in line with his desire.

President Nana Addo Dankwa Akufo-Akufo was among the mourners at the burial service.

The body did not lie in state or made available for viewing at the ceremony at the Lashibi Funeral Home, where it was cremated.

The funeral which had been programmed to last for just an hour, lasted almost nearly two hours as the occasion received a heavy presence of personalities from politics, military and family settings.

A statement from the family, jointly signed by Colonel Joshua Agbotui (retd) and Fui Tsikata, expressed appreciation to all who conveyed sympathies to the family since the passing of Captain Tsikata on November 20, 2021.