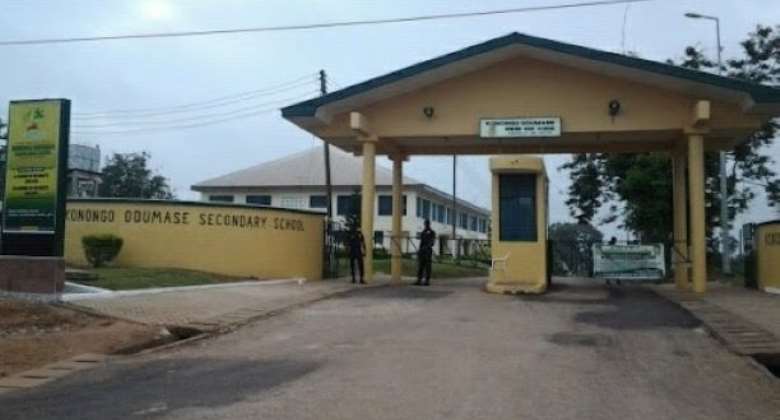 The Konongo District Court has remanded five juveniles standing trial again over the murder of a first-year student of the Konongo-Odumase Senior High School.

This is to allow the office of the Attorney General to complete processes to transfer the case to a higher court.

The court on Monday, 29 November 2021 granted the request by the prosecution and remanded the suspects.

The first accused person has been charged provisionally with murder, while the four others were charged with abetment to commit a crime.

The students are standing trial for the murder of their colleague.

Preliminary investigations reveal that the suspects are form 2 students.

According to a statement issued by the police, signed by its Director-General, Public Affairs, Assistant Commissioner of Police (ASP) Kwesi Ofori, the suspects “went on a bullying spree on the night of Friday, 5 November 2021 after prep hours, leading to the attack on the now-deceased Samuna Larhan, aged 17”.

“The victim was rushed to the Konongo Odumase Government Hospital for treatment but was pronounced dead on arrival.”

The statement added that the “police is in contact with the family of the deceased and providing them with all the necessary support”.

The police said it is of the “firm conviction” that “bullying and other forms of punishment among students must be discouraged by all to guarantee the safety of students who are the future leaders of this country.”

The police, therefore, advised parents and guardians to “caution their children against engaging themselves in such unlawful conduct.”

The Konongo District Police Commander, DSP Osei Adu Agyemang, who confirmed the arrest of the students of the school earlier, stated: “These five suspects who are all in Form 2, ganged up and decided to go to House Three and then bully the first years”.

“They first attacked and assaulted some of them”.

“They further moved to the mini-market on campus and grabbed another first-year student and attempted to drag him away to molest him but he was rescued”, he narrated.

“This action infuriated Emmanuel Osei Frimpong [the key suspect] who went and attacked a first-year student but was stopped by the deceased”.