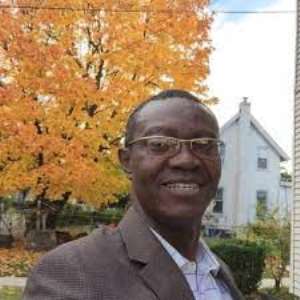 Anti-corruption Programme Manager of the Rule of Law and Anti-Corruption programme -ROLAC, Emmanuel Uche says judicial officers across the country were assembled in Abuja to enable them share experiences and knowledge on the implementation of the Administration of Criminal Justice Act -ACJA across the country.

Uche, who disclosed this during a telephone interview with news men, weekend, argued that such meetings were necessary in order to understand the areas of success, as well as challenges with the ACJA implementation in the country.

Adding his voice on the outcome of the meeting, ROLAC’s Programme Officer, Pwanakei Dala and the Programme Assistant, Franklyn Okonkwo described the meeting as a huge success, even as they described the participants as patriotic officers of the nation’s judiciary.

Speaking during the event, held in Abuja recently, ROLAC’s Manager in charge of Component one, Dr. Oluwatoyin Badejogbin reiterated that the meeting was aimed at sharing experiences and knowledge on ACJA implementation in Nigeria.

“We understand how tedious the work of Judges is. With this event, they can relax and share experience and learn from each other and unburden their day-to-day challenges. Most of you are coming from jurisdictions with heavy workload, working day-in, day-out, from morning till night writing rulings, and evaluating evidence.”

“It is my wish that this kind of peer learning roundtable holds more often, perhaps half yearly for a start. It should be structured in a way that judges can relax and share experiences and learn from each other on the adjudication of cases.”

Quoting from excerpts of a recent peer to peer experience of judges in the United Kingdom, Badejogbin read: “the importance of facilitating peer learning and experiences cannot be understated. The role of judges and upholding justice and the rule of law is a critical corner stone for United Nations Sustainable Development goals; it is through a process of exchange of ideas and experiences that judges can reflect and device ways to promote peace, justice and strong institutions.”

According to him, “the law has ensured that the justice system is blessed with some remarkable innovations which include clear oversight functions, timeliness, proper reporting and monitoring mechanism to ensure that the purpose of the ACJL under section 1 is achieved by all stakeholders.”

Continuing, Dawodu stressed that: “there are criminal divisions established in Edo and Lagos states, in line with the law, which is why we have counterparts from these states and other states, the EFCC, and ICPC to share and discuss lessons in their efforts to implement the law in this roundtable. The roundtable will be tilted towards the anti-corruption component of RoLAC, so discussions will be revolving around criminal justice as it relates to Anti-corruption, which cuts across all offences.”

He emphasized that “there are certain things to prioritize in the discussions, and this will focus on speedy trials, case handling/management and plea bargain,” which, according to him are also part of the responsibilities of the ACJMC.

Continuing, Dawodu explained that “the consideration of anti-corruption is deliberate, owing to support from Component Three of RoLAC, which is sponsoring this roundtable, in conjunction with Component One, primarily focused on the implementing the criminal justice reform agenda.”

“This meeting is also a follow up to the meeting held in Lagos on the 4th of November 2021, which had judges from Lagos, Ogun and FCT. Today, we have judges from the FCT, Adamawa, Kano, Anambra, and Edo states, and we hope that the experience will be more robust.”

The meeting was attended by critical stakeholders, among which are: Judges from different states of the federation, including the Federal Capital Territory, representatives of the Economic and Financial Crimes Commission -EFCC and Independent Corrupt Practices and Other Related Offences Commission -ICPC, among others.

It would be recalled that ROLAC had a similar meeting earlier in November, at Lagos for a different set of judicial officers in southern part of Nigeria.