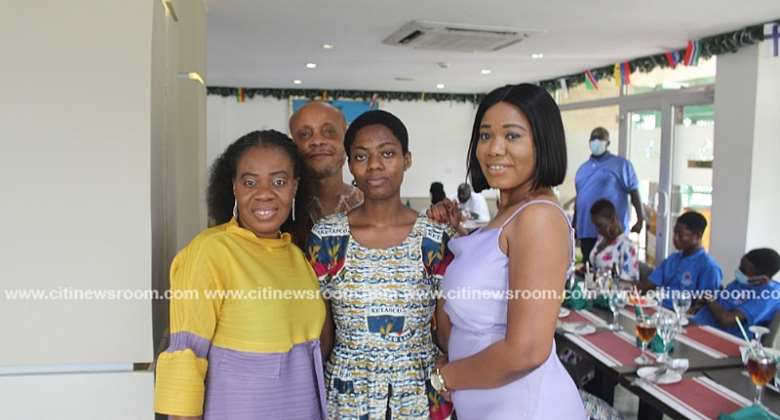 She has been the toast of the town in this year’s National Science and Maths Quiz (NSMQ).

Her exceptional display of academic grit during the competition that has become well known as the gathering of the best brains among second-cycle schools in the country, will forever go down in history.

There were no complaints, therefore, when she was named as the overall outstanding female participant at the end of the competition.

In case you’re still struggling to decipher who I have been talking about, I am referring to the only female finalist of the 2021 NSMQ; Francisca Lamini, of the Keta Senior High Technical School (SHTS).

Francisca carried her school on her shoulders and, just like the School’s motto, ‘Dzolali’ which means “Fly Now”, she flew them all to the grand finale of the competition, making it the first-ever school from the Volta Region to have reached that big stage.

That was not her only achievement there. She was the only female contestant to reach the finals in the last eight years of the contest. This was after her team defeated arguably, Ghana’s best all-girls school, Wesley Girls High School, Cape Coast at the semi-final stage.

She has been hailed for her feats, making a name not only for herself but that of Keta SHTS, the alumni and the whole of the Volta Region.

But what many do not know is that Francisca, before competing in the NSMQ, had already been excelling academically.

She sat for the West African Senior School Certificate Examination (WASSCE) for private candidates, commonly known as NOV-DEC and scored As in all her four core subjects [English, Mathematics, Integrated Science, Social Studies] and four elective science courses [Physics, Chemistry, Biology and Elective Mathematics] making 8As; the highest possible score in the exams.

What makes this even more impressive is the fact that she chalked this enviable success when she sat for the exams in her second year, before completing the full three-year programme at her SHS. This is just incredible.

Just like all the NSMQ team members from Ketasco, who reside in the Volta Region, Francisca lives in Dabala.

Already, she is eyeing another set of 8As pending the release of the 2021 WASSCE school results. This is to enable her pursue her ‘childhood passion’ of becoming a Medical Doctor.

In recognition of Francisca's stellar performance at the just ended NSMQ competition, Management of NoticeBoard Limited, operators of Citi TV, have presented a cash of GHS 5,000 to her.

Chief Executive Officer of the station, Mr. Samuel Attah-Mensah said, the gesture is to motivate Francisca for the effort .

“This team from Ketasco did amazingly well in the NSMQ. But, we are here particularly because of Francisca, who put up an amazing performance that caught my attention and that of my team at Citi TV. And, to recognize her we are donating a sum of GHS 5,000 to Francisca. We didn't plan this. It was just from watching the contest of a young lady from a school like Ketasco”, Mr. Attah-Mensah said.

Before the presentation, the entire quiz team from Keta SHTS was received at the Alisa Hotel at Ridge in Accra for a lunch.

Other management members present were the Head of TV, Richard Mensah, Head of Technical, J. B Allotey, and the Human Resource Manager, Jennifer Anane-Nsiah.

Francisca Lamini was overjoyed for the honour done her and thanked management of Citi TV for the recognition.