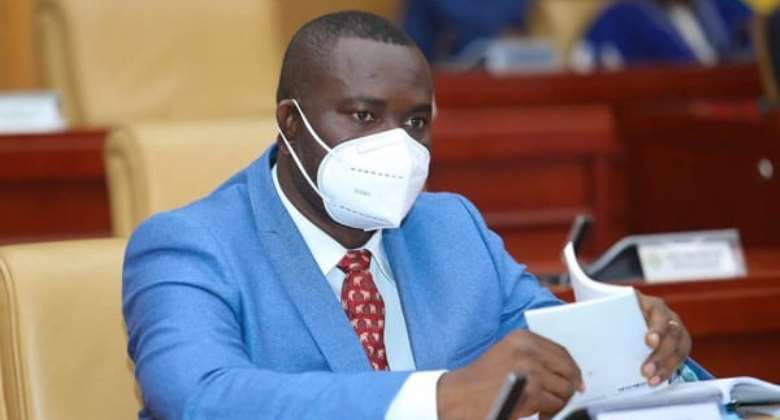 Finance Ministry has indicate it's resolve to engage further to have the government’s 2022 Budget Statement and Economic Policy Statement approved.

It follows the contentious rejection of the budget in Parliament last Friday, November 26, 2021, after the Majority boycotted the Chamber, paving the way for the Minority to have the fiscal policy of government dismissed through a voice vote.

This development, the majority has already said, is unconstitutional, insisting that rejection is null and void.

Though the Speaker has been challenged for supervising a one-sided chamber leading to the rejection of the budget, many say the MPs present formed a quorum.

However, speaking on Citi FM/Citi TV‘s, the Big Issue on Saturday, a Deputy Finance Minister, Dr. John Kumah disclosed that, the Ministry is preparing to consult all relevant stakeholders and come up with new options to ensure that the 2022 Budget Statement is approved by Parliament.

“Let’s be objective about this matter and stick to the constitutional provisions of our constitution and respect each other within the law; where we are wrong, we will accept it. Nothing has taken place as far as we are concerned. The budget has not been rejected, and we are going to have a quorum on Tuesday to decide on the budget. So, on Tuesday when we go back to the Chamber, I believe that we will take the necessary steps to correct the errors that we may have made. We are prepared as a majority side to engage. So clearly, it will be better if we have more consultations on the budget and engage.” Speaker’s rejection of budget shameful

The Majority in Parliament has accused Speaker of the House, Alban Bagbin of unconstitutionally making room for the rejection of government's Budget Statement and Economic Policy for the year 2022.

Speaking to journalists in Parliament, Majority Leader, Osei Kyei-Mensah-Bonsu said the supposed rejection of the budget has no binding effect.

“That whole procedure was unconstitutional. As far as we are concerned, it's null and void and has no binding effect on anybody. We have cause to believe that at least 2 of the NDC MPs were not in the chamber and yet out of mischief, the Speaker said that they were 137. In any event, even if you go with 137, it is still less than one-half of the 275 members of the chamber so when he puts the question, the Speaker should have known that the number would not support the decision of the House. So that purported decision is a nullity and does not have any effect on anybody”, he stressed.

The Majority Leader and Minister responsible for parliamentary affairs also believed that the action taken by the Speaker is shameful because it smacks of political bias, adding that reports concerning the rejection of the 2022 budget by Parliament must be disregarded.

“So to that extent, the motion that has been moved by the Finance Minister has not been lost. It still stands. By necessary implication, that exercise that was engaged in is a complete nullity, and I believe that whoever presided over this should bow down his head in shame.”