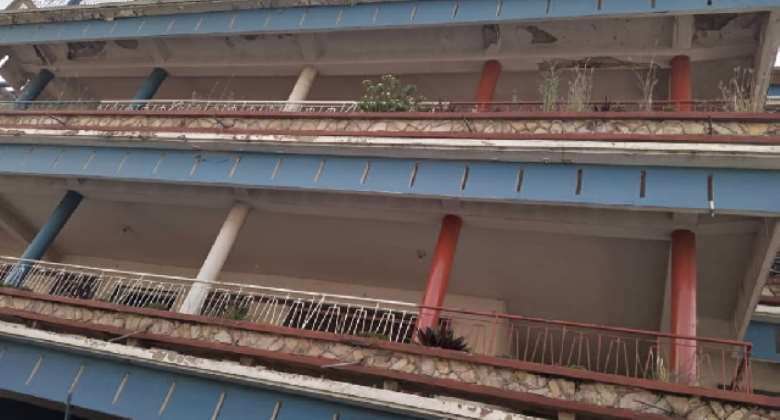 The landlady at the centre of the alleged non-payment of rent for a three-storey building being used as the Ashanti Regional office of the ruling New Patriotic Party (NPP) at Kofrom in the Kumasi metropolis, has expressed disgust at the denial by the party’s regional Chairman, Mr Bernard Antwi Boasiako aka Chairman Wontumi, that the party does not owe rent on the said property.

Chairman Wontumi’s communication team told journalists at a press conference on Monday, 22 November 2021 that their boss had paid up the rent.

However, the daughter of the landlady stormed the building after the press conference saying the denial was a political gimmick.

Brandishing a will by the late Opanyin Kwame Owusu who bequeathed the property to her octogenarian mother, Sister Nelly, as she is called, told Accra100.5FM’s mid-day news that the party owes the family rent for three years.

According to her, the party rented the property for five years but has not paid a dime for the past eight years.

“My mother and the family are mad at Wontumi’s denial that the party does not owe rent on the said property,” she said.

She stated that the rent was supposed to have been renewed every two years but the leadership of the party in the region has reneged on the agreement for the past eight years.

At the press conference on Monday, 22 November 2021, Mr Wontumi's campaign communications team said they have met with the family who owns the building and have affirmed that the party does not owe them rent.

The Chairman for the Communication team for Wontumi for Chairman 2024, Duncan Opoku Boateng, popularly called Bombay, said the regional party headquarters was rented for 10 years and was solely fully paid by their boss and that he does not owe the said landlady.

Mr Boateng indicated that some people who want to contest Chairman Wontumi orchestrated the action by influencing the nieces of the landlady to take the action as a way to make him (Wontumi) unpopular as the election approaches.

Mr Boateng said the party executives have commenced investigations into the matter to unravel those behind it.

One confirmed dead in youth, Police clash at Kotobabi Market
9 minutes ago