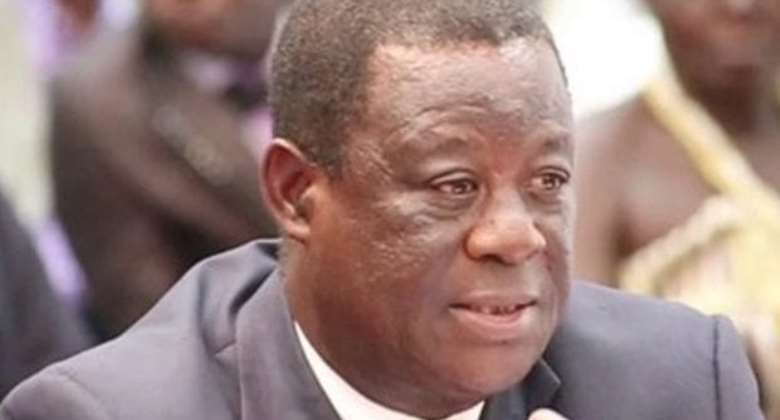 The Ministry of Roads and Highways says its directive on the cessation of the collection of tolls on public roads and bridges was intended to save lives and property and not to suspend the law.

"The Ministry is aware of Parliament's role in the imposition of taxes and the fixing of levies and charges and in the fullness of time, the appropriate thing would be done," it said in an official statement on Thursday night.

The statement, issued by the Ministry's Public Affairs Unit, and shared with the Ghana News Agency, said the directive followed information received by the Ministry that some drivers fiercely resisted the payment of the tolls immediately after Finance Minister Ken Ofori-Atta announced the government's decision to abolish it when he presented the 2022 Budget Statement to Parliament, on Wednesday.

“The insistence of the toll collectors to have the tolls paid caused serious confusion and, in some cases, resulted in fisticuffs and damage to lives and property," it said.

"It was to avert further unfortunate incidents that the Ministry intervened by issuing the directive.”

The directive asked collectors to cease operations on the midnight of Thursday, November 18.

The Ministry said it was aware that the abolition of the road and bridge tolls as announced by the Finance Minister would take effect immediately after Parliament had approved the Budget.

Addressing Parliament today, the Speaker of Parliament, Mr Alban S. K. Bagbin took issue with the Ministry's directive, emphasising that the announced abolition was a policy proposal and that it would not take effect until it was approved by the House.

“Those are policy proposals that the Minister presented to the House and until they are approved, nobody has the authority to start implementing something that doesn't exist,” he said.

“It is very clear that what the Minister sought to do, but he had no such authority to do that. It is not a matter of operationalisation of the law. There is no such law for him to operationalise. The law we have now has imposed the fee that should be collected,” he said.

Mr Bagbin, however, said the Minister's directive did not amount to a disrespect of the House…"because this is not a Court of Law, the Minister might have misunderstood or misapplied the law and so it is for us to draw his attention and tell him that you have no such authority.”

Some legal practitioners had also criticised the directive, citing similar reasons. Others, however, said the Ministry could use its administrative powers to suspend the payment of the tolls for good reason, while it sought Parliamentary approval to abolish it.

There are 38 road tolls on public roads across the country, and about 20 of them are privately managed.

However, the Government said the revenue received was not worth the time wasted by vehicles, which queue in heavy traffic to pay the tolls, with health hazard from vehicular emissions.

It would, therefore, use e-levy to mobilise resources for national development.

Meanwhile, some hawkers who trade along toll points have protested the abolition of the tolls, saying it will dry up their source of livelihoods.