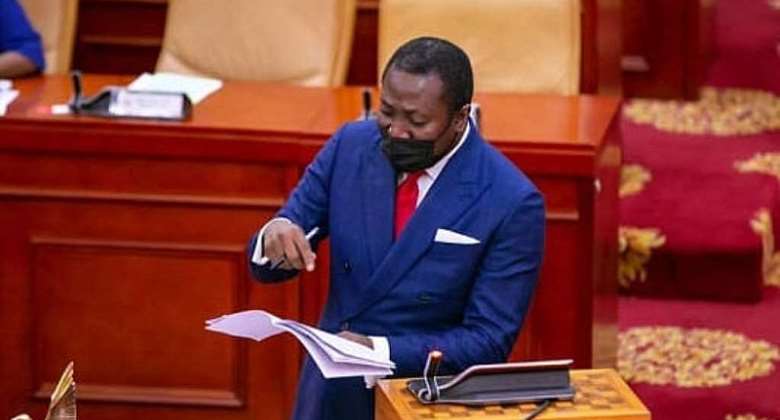 The Member of the Parliament for Effutu constituency in the Central Region, Hon. Alexander Kwamina Afenyo-Markin has taken a swipe at Minority MPs trying all means to capitalise on the Keta tidal waves disaster to score cheap political points.

According to him, the damages of the waves must be seen as a national disaster by all and a conscious effort made to address the issue permanently.

“For emphasis, I am calling once again on our colleagues [MPs] in the Volta Region to look at this as a national disaster and not look out for scoring cheap political points. Because obviously we never heard them talk about the human activities going on at the Keta area which has led to the unbearable of what we are seeing today,” Hon. Afenyo-Markin said at a press conference.

The people of Ketu since last week have been troubled after tidal waves ravaged their homes, destroying their properties and leaving them homeless.

Whiles the Minority in Parliament blame government for the delay in the completion of the sea defense, Majority MPs including Alexander Afenyo-Markin says it is not.

With backing from several experts including Hubert Osei Owusu-Ansah who is Director at Hydrological Services Department of the Ministry of Works and Housing, Afenyo-Markin has held the view that sand winning in the area was a major factor in the disaster.

Hence, he has maintained that the supply of reliefs that will temporarily ease the burden of the affected residents of Keta is not the answer.

The MP is pleading for a collective effort from all stakeholders to permanently deal with the perennial problem once and for all.

“I will plead that much as government is making efforts to provide relief, the relief items are themselves mot the solution. They are temporal reliefs after the whole thing has occurred. But then what steps can we take?

“And this is where I am appealing to stakeholders in that region to work together with those involved in sand winning because the research is clearly pointing to the fact that these activities are making the people there more vulnerable and it will cost the nation more money in terms of recovery, in terms of settling these people,” Alexander Afenyo-Markin emphasised.

One confirmed dead in youth, Police clash at Kotobabi Market
33 minutes ago