Election 2024: Greed and Selfishness May Rock the NPP’s Boat into Opposition 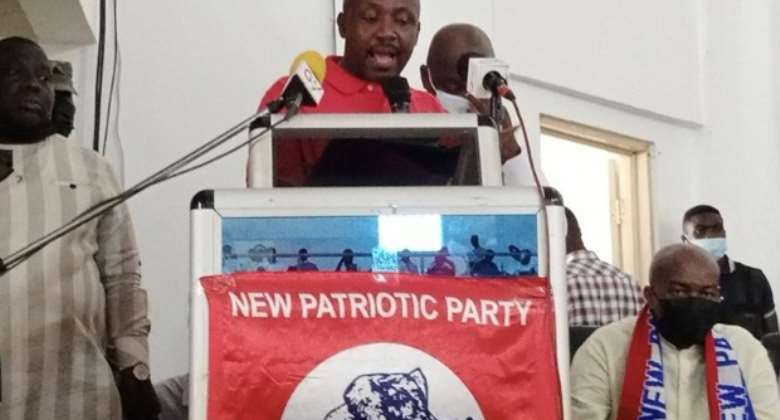 I have keenly been following some of the arguments people make on social media relative to the selection of the NPP presidential candidate for 2024. After some time, I have come to a simple conclusion that some people still haven't got it.

Some people don’t seem to have taken time to consider what is at stake. I say this with all due respect to all those who are still arguing as if the 2023 contest is for the selection of a national chairman.

Sadly, some people have also deliberately reduced the whole thing to a we-against-them kind of politics. That is, Kufuor Camp and Nana Addo Camp kind of politics, which is very interesting.

Again, there are others who have reduced the whole thing to emotional something, which is quite unfortunate. Shockingly, the germane issue, which has to do with the marketability of the would-be candidate, is completely missing in the arguments.

We must be very serious and careful as to how we approach this presidential candidate issue. Unless power is not the reason for the selection of a presidential candidate for the party anymore. Or, perhaps, the party just wants Ghanaians to say that, after all, the NPP isn’t an Akan-party, as some people say when they make the unreasonable Akan party argument.

Any objective and deep thinking person who really understands the dynamics of the Ghanaian politics and wants the NPP to retain power in the next election would tell you that, the kind of a leader the NPP needs to win the 2024 election, is not Dr. Bawumia.

This isn’t about emotions, friendships, or relationships. This is about power! So, truth must be told, however painful it may sound. If nothing at all, the results of the 2020 elections should teach us an important lesson for the 2024 presidential election.

No matter how some paid-people try to spin things on social media for Alhaji, the reality of the political market in terms of facts, figures, and dynamics in this country don't favor his presidential ambition. This isn’t rocket science. This is easier to understand than football. And, the earlier some people catch this unfortunate reality the better it would be for the party.

The only two things making it difficult for some group of people in the party to accept the reality are greed and selfishness. It is about time the people in the cabal buried their individual greed and personal interest and accepted the reality in the interest of the larger party. They should have satisfaction in the enviable improvement in the size of their potbellies and allow the right thing to be done to save the party from going into opposition.

Haven’t you noticed how Allotey Jacobs' potbelly has grown larger in size ever since he became more Catholic than the Pope? Why wouldn’t the likes of him have the guts to tell us who should lead the NPP in 2024? Of course, he wants his newfound Jubilee House bread to be continuously buttered at the expense of the suffering foot-soldiers who have had nothing but complete neglect for the past five years — and counting.

It’s sad how people who sacrificed their lives for the party to win power are now being treated as nobodies, while strangers get treated like kings and queens, for publicly singing the praises of the cabal and their candidate. In fact, the real masses who suffered for the party to come to power, are now being treated like Gabby, oh sorry, like garbage!

A staunch NPP financier friend of mine travelled from Tarkwa to Accra to see “The Boss” (not the President or the Vice) on some issue. Guess what? He spent one week in Accra wanting to meet him, but couldn’t. One week East Legon hotel bill. Hmmm! In expressing his anger and frustration, he said to me, “Bro, things are not the way they used to be.” I said to him, bro, things will soon be the way they used to be. A change is in the interest of the masses.

Sad to say, in today’s NPP, if you are not ready to lick the boots of the boss of the cabal or pretend to be for their candidate, you would wallow in misery.

I am not a doomsayer, but, I can say that, the greed and selfishness of some people who have enjoyed it all (and with special interests) in the party in the last five years, would rock the party’s boat into opposition, if the suffering masses at the grassroots fail to rise up and act swiftly and appropriately to save the party. The time for a change is now!!!