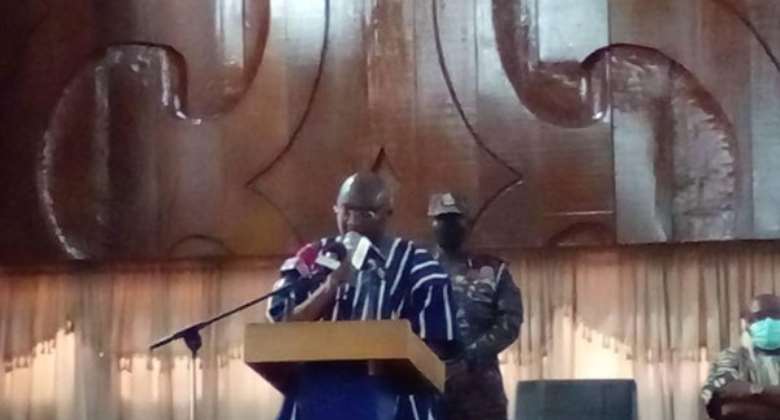 It is an initiative of the Konkomba Youth Association (KOYA), targeting to raise one million Ghana cedis as a seed capital.

Vice President Bawumia, who was the Special Guest at the launch and fundraising ceremony, held at the University of Ghana (Legon), lauded KOYA and the Konkomba Development Committee for spearheading the initiative.

It was on the theme: "Investing in Education for Growth and Development of Nkpakpando," which attracted eminent Konkomba chiefs, Ministers of State, Members of Parliament, students and youth groups.

He urged the managers of the Fund to ensure transparency, accountability and fairness in the selection of beneficiaries so as to serve the purpose for which it was established.

Vice President Bawumia said investing in human capital was crucial in every country's socio-economic development, which explains the Akufo-Addo-led government's priotisation of education since assumption of office in 2017.

He pledged the government's continuous commitment to investing in human capital to propel the country's development.

The government also decentralised the Scholarship Scheme resulting in 70 per cent increase in beneficiaries, he said.

The Vice President outlined many interventions and education infrastructure projects the Akufo-Addo-led Administration had invested in.

The Free Senior High School Policy, Free TVET, restoration of teacher trainee allowance, recruitment of 93,724 teaching and non-teaching staff within the last five years, and the connection of free internet for 710 second cycle institutions, 46 colleges of education and 14 public universities are to mention but a few.

Members of Board of Trustees and Management Committee of the Konkomba Education Endowment Fund were sworn into office.

Professor Jane Naana Opoku-Agyemang, the Running-Mate to former President John Dramani Mahama in the 2020 general election, was at the event and pledged her full support to the Fund.

On behalf of Mr Mahama and the National Democratic Congress' Members of Parliament from the Kokomba area, Prof. Opoku-Agyemang donated GHc50,000 to it.