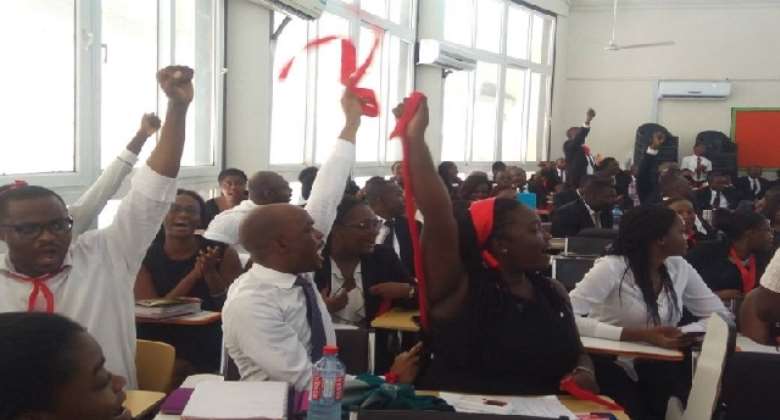 Parliament has directed the General Legal Council (GLC) to admit the 499 students to the Ghana School of Law.

Some weeks ago, the National Association of Law Students (NALS) presented a petition to parliament on the aggrieved 499 law students who did not gain admission into the law school despite scoring more than the usual 50% pass mark in the 2021 Ghana School of Law entrance exam.

The petition, among other things, pleaded with parliament to intervene and ask the General Legal Council and the management of the law school to immediately reverse their decision and admit the students.

Leaders of the association, who were dissatisfied with the last-minute changes in the overall scoring marks for admission after the students have already finished writing their exams, pleaded with the leadership of parliament to act fast to prevent any further actions from the aggrieved students.

On Friday, 29 October 2021, Parliament resoundingly voted in support of a motion filed by Majority Chief Whip, Alexander Afenyo-Markin compelling the GLC to admit all students who had passed the entrance exams per the advertised rules of the examination.

Following the resounding vote in support of the motion, the Speaker of Parliament directed the GLC to “proceed and admit all the students who passed in accordance with the advertised rules of the examination.”

Meanwhile, a section of the LLB holders who were denied admission into the Ghana School of Law has sued the General Legal Council.

The students in their writ said their fundamental human rights have been violated by the regulatory body.

Franklin Cudjoe back calls for probe into Covid-19 expenditu...
38 minutes ago

North East: One killed in clash between two communities
38 minutes ago