Encroachers on KNUST lands will face my wrath — Otumfuo warns 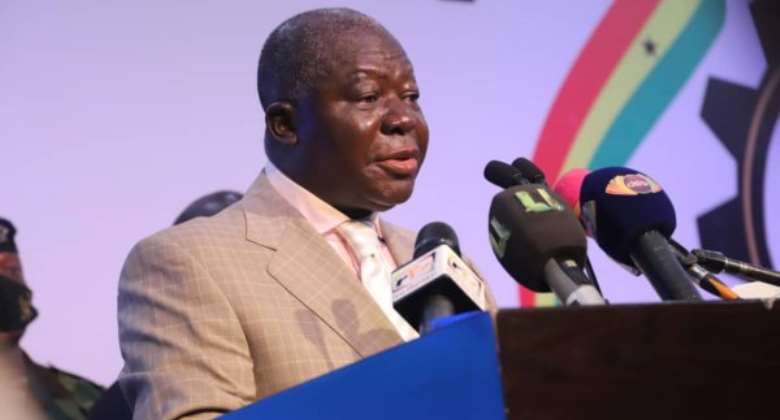 Asantehene Otumfuo Osei Tutu II, has warned against the encroachment on lands belonging to the Kwame Nkrumah University of Science and Technology (KNUST).

He said perpetrators will not be spared.

The king, who is the Chancellor of the University, and overlord of all the lands in Asanteman, said the negative development was inimical to the future expansion agenda of the institution.

“I condemn it in no uncertain terms and strongly send a note of caution to all those involved in it to desist from it or face my wrath,” he cautioned, while addressing the launch of the 70th anniversary celebration of the KNUST, in Kumasi.

According to him, all lands in Asanteman, including that of KNUST, were vested in the custody of the Manhyia Palace, therefore, he would not countenance any form of invasion given the critical role land resources would play in the expansion agenda of the institution.

“Let not anybody perceive any unused land of the University today as waste,” he emphasised, saying “it is not under my watch as Asantehene that any acts of encroachment will be tolerated.”

The establishment of KNUST, he observed, had brought varied benefits to the nation, citing its contribution to training the needed skilled manpower for industry as well as the corporate world.

Currently, some of the land belonging to the nation's premier science and technology tertiary educational institution, including some areas at Boadi have been encroached upon.

Otumfuo Osei Tutu, however, lauded the founding fathers of the University for their noble vision, saying the institution had made strides.

He charged the management and staff to work together to drive the expected changes anticipated in the new age within the context of its vision and mission, thereby transforming the Ghanaian society for the better.

“The COVID-19 pandemic has taught us that we cannot continue to do things the same way,” the Chancellor reminded the University community.

Consequently, he advised the faculty members to deepen research activities to help find an antidote to development challenges in the society.

Professor (Mrs.) Rita Akosua Dickson, the KNUST Vice-Chancellor, said the vision of the institution was to become one of the top 10 universities in Africa.

In pursuance of its dream, the University, according to her, had developed many innovative projects, such as the establishment of an e-Learning Directorate to serve as a hub for an e-learning ecosystem.

The University, she said, had resolved to move with the new world educational order where digitisation was the cornerstone to achieving academic objectives.

Activities lined up for the year-long anniversary include an exhibition, commissioning of infrastructural projects, a homecoming event and public engagement.

Established in 1951, under the leadership of Ghana's first president, Osagyefo Dr Kwame Nkrumah, the University, which started as the Kumasi College of Technology, has evolved over the years to its present status.

It has a student population of more than 80,000 and since its adoption of the collegiate system has 97 departments, offering 520 academic programmes.

“KNUST: 70 Years of Global Impact - a New Age for a Renewed Focus”, is the theme for the anniversary.

Immediately withdraw your directive to Goil; it's dangerous ...
42 minutes ago