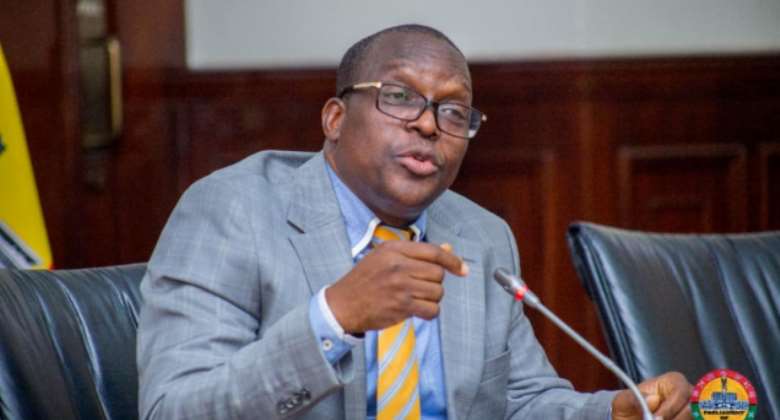 The Humanist Association of Ghana has fumed at the Speaker of Parliament, Rt. Hon. Alban Bagbin for saying that delays by the committee looking at the anti-gay bill in parliament will not be tolerated.

The Speaker on Tuesday when Parliament reconvened hammered on the fact that Ghanaians have interest in the anti-gay bill and said no time will be wasted on it.

“I know Ghanaians are expectant and there are over hundred petitions before the Committee of Constitutional, Legal and Parliamentary Affairs. But we will try not allow any Filibustering of this bill. Because it is not only Africa, the whole-world is looking for the outcome of this bill,” Rt. Hon. Alban Bagbin noted.

Reacting to the comments of the speaker, Kwabena Antwi Boasiako who is the president of the Humanist Association of Ghana says he is baffled the same energy is not being channeled into solving the many challenges of the country.

“..they are not tolerating any delays, and it is also a clear indicator to the average Ghanaian that no matter how bad the economic situation in the country is, no matter how bad we have food situation, we have health issues, we have infrastructure issues, none of these will be fast-tracked, but yes, let’s fast-track taking the right from other people, and I think it will be a clear message to the average Ghanaian where their allegiances lie, where they are putting their energy,” Kwabena Antwi Boasiako told Starr FM in an interview.

Despite the reservation of the comments of the Speaker, Humanist Association of Ghana agree that in the discourse of the LGBTQI+ bill, all voices should be heard.

“….s the speaker rightly mentioned, this is the time in ensuring democracy, and so we want to give opportunities for everyone to be heard. However, I am really hoping for the fact that he said, parliament will not tolerate undue delay in the passing of the bill. And of course, the live telecast is also in a positive direction so that Ghanaians will observe how things are going,” the president of the association added.

As Parliament works on the bill, it has been confirmed that the process will not only be made transparent but voting will be made public as well.