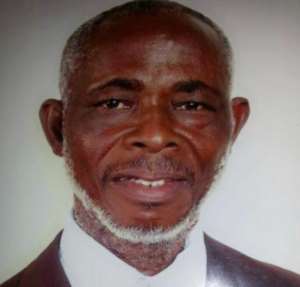 Founder and leader of the Soldiers Of Christ Prayer Group Of All Churches located in Kumasi Aboahyia of the Ashanti Region, Apostle Dr Dirl Airl King Marshal has said whether rain or shine the President Nana Akufo-Addo will tackle the economic challenges and alleviate the sufferings of Ghanaians.

He said it was revealed to him by God that the President is the ordained one to deliver Ghanaians from the unbearable hardships.

Speaking to the ModernGhana News correspondent in Kumasi in an interview, the man of God noted that the President has demonstrated he has the plan and capability to develop the country before his end of term in 2024.

The clergy attributed Nana Akufo-Addo's challenges in governance to his association with Reverend Owusu Bempah, thus compelling God to darken his path.

"God has forgiven Nana Akufo-Addo's past mistakes for following an alleged occultist man like Rev Isaac Owusu Bempah," stressing, that the President is now free to work hard to revive the economy.

Buttressing his point, King Marshal said the leader of the Accra-Odokor based Glorious Word Power Ministry International Rev Isaac Owusu Bempah has incurred God's wrath upon him following his arrest and prosecution.

King Marshal assigned the reasons to the situation where Rev Owusu Bempah on two separate occasions in 2017 and 2020 gave what he described as juju horns and occultic keys to the President as a sign of fortification.

Apostle Dr Airl Dirl King Marshal alleged that God also used him (Dirl) spiritually to fight against Rev Isaac Owusu Bempah's fake prophecies through some spiritual figures, 91,97 to the 7th power which he disclosed, is equal to 188 plus 1 day.

The man of God described the aforementioned figures as a special figures God normally reveals to his anointed men to stop fake pastors who use His name in vain.