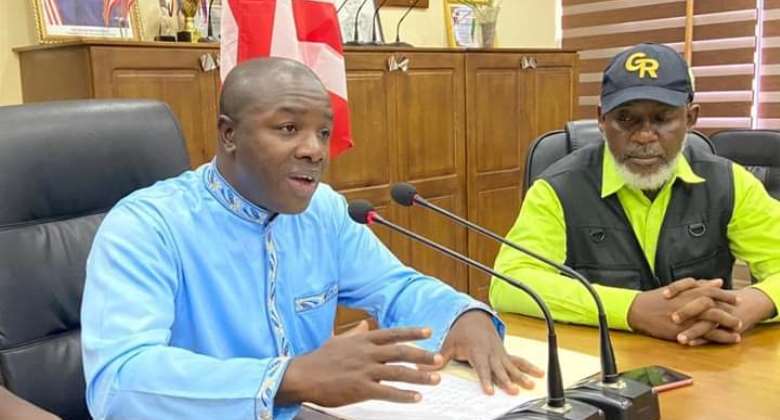 Monrovia City Mayor Jefferson T. Koijee has set up a 14-member Citizen Engagement Board to prepare Monrovia for the upcoming bicentennial festival to mark the country's 200th year since the arrival of freed slaves that give birth to Liberia.

According to the Mayor of Monrovia, the composition of the CEB is a reflection of the kind of Liberia President George Manneh Weah envisages that every Liberian can work together regardless of their social, political, religious or ethnic persuasions.

He said the group of citizens who have committed to working with the City Government of Monrovia would begin preparing the City for the country's bicentennial celebration as well as profer suggestion for a broader and sustainable citizens engagement initiative going forward to keep Monrovia Clean, Green and Safe under the city Corporation's Urban Renewal Initiative roadmap.

Mayor Koijee pointed out that the appointment of these individuals does not mean the Monrovia City Corporation is relinquishing the responsibility of ensuring a clean city to others but a decision to harness the expertise and collective involvement of every citizen to achieve the clean environment everyone desires.

Over the next three months, the Citizens Engagement Board would prepare the city for the historical events and suggest panacea to the MCC long term sustainable citizens-driven approach to keep Monrovia clean.

"The decision to set up the CEB encompasses practical and policy approach to waste management in Monrovia. We would, under this configuration, seek to bring ideas from them on different aspects of solid wastes as well as dealing with illegal disposal of garbage and plastic waste handling. No one person has solution to all the challenges we face as a city and country as a whole. The Liberia of our dream is only possible with the involvement of every citizen," Mayor Koijee indicated.

He maintained "we believe that sustainability requires the involvement of those who would be affected by policy-decision for ownership assurance -the surest way the trickle-down effects of these approaches can be felt."

According to him, it is high times that Liberians see beyond politics, religion and social status to work together for better Liberia for which posterity would be kind. "You cannot elect George Weah as President and fold your arms. You have to help him succeed. It is no magic wand," he stated.