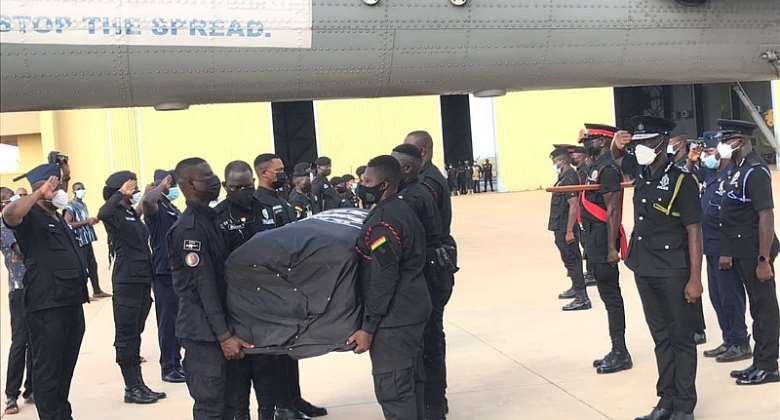 The bodies of deceased police officers, Chief Inspector James Akakose Aroma and Constable Nii Osekle Charles who died in a fatal accident at Walewale in the North East region have been airlifted to Accra.

The police officers were responding to an emergency call of a robbery attack on the Walewale -Bolgatanga road.

Constable Akanvariwen Daniel, Constable Ezekiel Quarshie Tawiah and Constable Iddrisu Gafaru, who were also injured have been airlifted to Accra for further treatment.

The Inspector General of Police , Dr. George Akuffo Dampare who arrived in Tamale in the Northern region earlier visited the police officers who were critically injured.

The IGP later followed up to the Tamale International Airport to bid farewell to the deceased police officers before they were airlifted.

The members of the Police Management Board also visited the families of the two officers who passed on to commiserate with them.