Poetic story of resurrection an ode to Lesotho kingdom's spirit 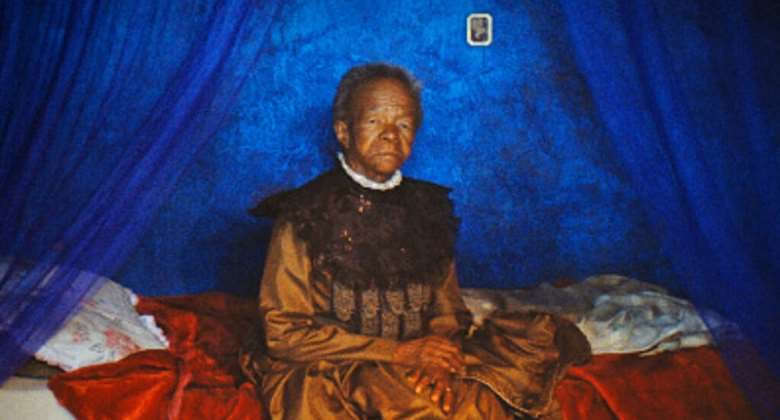 In This is not a Burial, it's a Resurrection, directed by Lemohang Jeremiah Mosese, an old man tells a story like an oracle, in a poetic way, as the scene shifts to the rolling hills of Lesotho, a small mountainous kingdom in southern Africa.

Eighty-year-old Mantoa, played by the late Mary Twala, has just had word that her son, her only living relative, has been killed in the mines in South Africa. After the funeral, Mantoa wants to die herself, putting on a dress her husband bought for her and waiting for death to come.

Meanwhile, a local politician strikes a deal with the government to build a dam, ordering the villagers to move so their land can be flooded, all in the name of progress. The cemetery would be displaced, as well, but only if relatives of the dead put in a petition to have their remains moved.

Mosese says he did a lot of research on displacing the dead in Lesotho, because there are a number of dams in the country already.

“People would describe this almost close to death – the loss of identity, the loss of a place, and having to go to the outskirts of the city, but they live in the mountains,” Mosese tells RFI on the sidelines of Fespaco, the Pan-African film festival, where his movie is in the running for the main prize.

Village Basotho (the people of Lesotho) farm and keep livestock, two livelihoods impossible to practice in the bustling capital.

“Their way of life is uprooted, it's gone,” adds the filmmaker, who says that as a Basotho who lives in Berlin, he feels the sense of not belonging, in limbo.

The will to live – and die

Main character Mantoa still wants to die, but on her own terms, not displaced from her hometown and deceased loved ones. She rallies the village to the cause, an unlikely representative who still wants to die.

“It deals a lot with the meaning of life and what gives one a meaning or will to keep on moving or keep on living,” says Mosese.

“I've seen this with people in Lesotho that we call Mokoari, people who the government has abandoned -- they build their roads themselves with their hands in intense heat and scorching sun,” he says.

The shebeen oracle speaks occasionally in between scenes, giving an overall view of what is to be.

“Lesotho is very rooted in oral literature, oral poetry. It is fragments of legends that I know, based on the stories that I know as a child of someone who's present but he's not present,” he says.

The country has a lot of water, and the first dam project that began with the South African Apartheid government was signed and opened by the Nelson Mandela administration.

The water goes directly to South Africa, and Lesotho gets a fraction of what it's worth, says Mosese.

“I shook his hand as a child when he came to Lesotho, I thought he was a hero,” he says  of Mandela. “I didn't realise that he was opening the dam, and those people were displaced.”

While he contends that many other countries, not just South Africa, have jumped on board in constructing dams in Lesotho, considering the lives of the inhabitants is outside the question.

“That's why there's so much metaphorical death on the film. The people are not part and parcel of the project, but the outcome. They're the sacrificial lamb,” he says.

Mantoa embodies the spirit of the people and their struggle to retain their land. Mosese says he tried to frame the film as tightly as possible to avoid making 'just' a beautiful film.