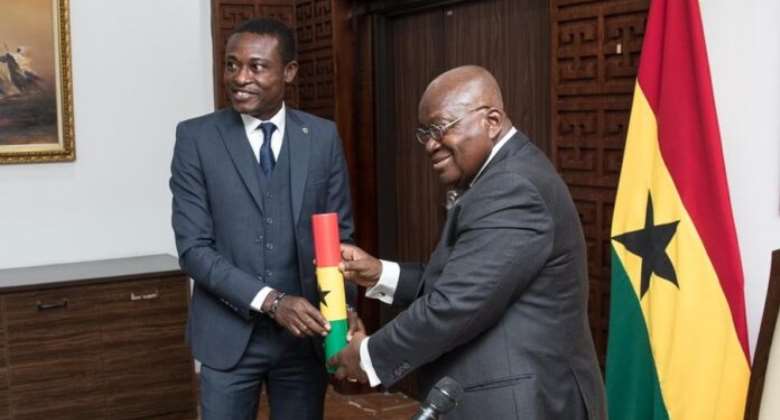 President Nana Addo Dankwa Akufo-Addo says his government is committed to resourcing the Office of the Special Prosecutor (OSP) to fight corruption.

It has been a little over three (3) years since the OSP was established.

Yet it was not set up and operationalized till the processes for operationalization were commenced in August 2021 upon the assumption of office of the current Special Prosecutor.

The inaction has been blamed on lack of resources and a failure on the part of the former occupant of the office to recruit and put in structures and systems for full functionality.

Speaking with host of Peace Fm's morning show 'Kokrokoo', Kwami Sefa Kayi, Wednesday, October 21, 2021, the president said the process of giving the new Special Prosecutor, Kissi Agyebeng, resources to be able to do his work is on course, “these things like all of us when appointed to public office to some extent is like a leap in the dark. So we will see that the new Special Prosecutor to what extent we can count on him to live up to the responsibilities of his mandate”, he stated.

The president assured that “every effort is being made to make sure that in reality he is capable of doing the work”.

Mr. Agyebeng reportedly said his office will be recruiting two hundred and fifty (250) staff as part of plans to make the office fully functional.

He added that when the Board of the OSP is sworn in, it will set up two more divisions in addition to setting up a forensics laboratory within it's newly moved in ten-story building at South Ridge in Accra. "The building will also house a cyber security laboratory, call centre and holding cells.”

The Office of the Special Prosecutor is Ghana's specialized independent anti-corruption investigative and prosecutorial agency. It is also mandated to prevent corruption and recover and manage assets seized from proceeds of crime.