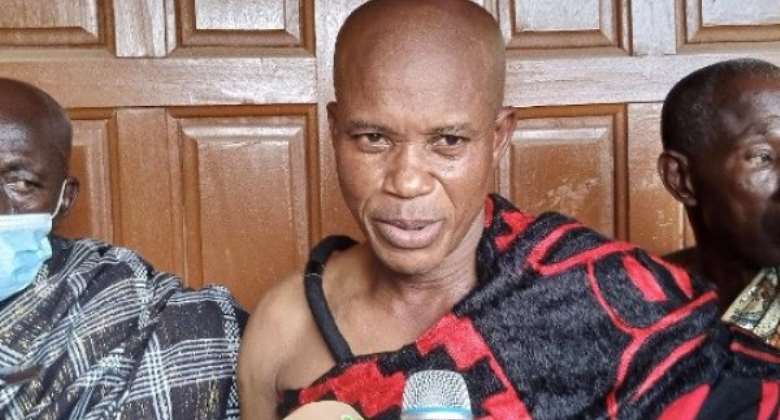 The government has released GH¢151million for payment to contractors who executed projects under the 'One million dollar' per constituency initiative, Mr. Joe Danquah, the Chief Executive Officer of the Middle Belt Development Authority (MBDA) has said.

Established in 2017 by Act 962 of Parliament, the MBDA is implementing the government's 'One million dollar' per constituency initiative and it exercises its mandate in 109 districts and municipalities in Ashanti, Bono, Bono East, Ahafo and Eastern Regions.

It is the main vehicle for spearheading the development of these regions.

Mr. Danquah said the Authority had processed and forwarded Interim Payment Certificates (IPCs) issued by the contractors to the Ministry of Finance, and assured the contractors all their monies would be paid by the close of the year.

Speaking to Journalists during an inspection visit to some project sites in the Banda District of the Bono Region on Monday, Mr. Danquah said the payments would cover projects executed in all the 109 MBDA districts and municipalities in the country.

Mr. Danquah explained monies had already been paid to some of the contractors to resume work on abandoned projects and therefore advised those contractors to do so or their contracts would be terminated.

The Authority is executing projects comprising markets, classroom blocks, Community-based Health Planning Services (CHPS) Compounds, public toilets and several others spread across all the 109 districts and municipalities in the five regions, he said.

Mr. Danquah said the Banda District alone had benefited from 38 projects, saying majority of them had been completed and inaugurated, and urged the beneficiary communities to take good care of them.

At Kabrono Mr. Danquah inaugurated a three-unit classroom block, with office and store at the cost of GH¢237,500.00 for the local Presbyterian Primary School and Nana Sachameh II, the chief of the town, appealed for an Astro-turf pitch in the area.

He also commended the government for the progress of work on the construction of the Menji-Nkwanta-Banda Road and expressed the hope the project would be completed to facilitate the movements of the people and their economic activities.

Nana Duabatabour Ligbi Wulotie II, the Chief of Banda-Boase, also expressed appreciation to the MBDA and the government for the durbar grounds project constructed at the cost of GH¢500,000.00 in the area.

He expressed concern about the deplorable nature of the Banda Boase main road and appealed to the government to reshape the stretch.

Responding to the appeal, Mr. Danquah explained the government had awarded a contract for the second phase of the road project, and assured actual work on it would commence as soon as possible.