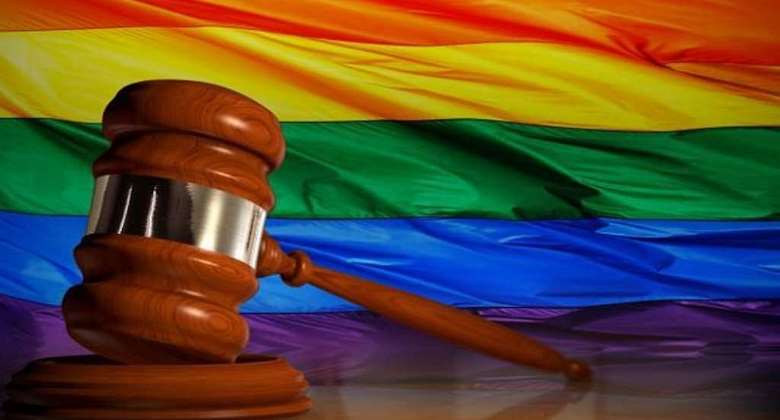 The Assemblies of God, Ghana, has submitted to Parliament a memorandum in support of the “Promotion of Proper Human Sexual Rights and Ghanaian Family Values Bill, 2021” currently before the legislature.

The church is declaring open support for the passage of the bill to protect the Ghanaian values and ensure proper sexual rights for the dignity of Ghanaians.

The Executive Presbytery of the Assemblies of God, Ghana, said the memo was submitted for consideration by the Parliamentary Select Committee on Constitutional, Legal and Parliamentary Affairs.

Some key issues raised in the memorandum said, the biblical account of creation states that God created human beings as “male and female” and blessed their marital union (Genesis 1:26–28; 2:20–25).

It added, authors of the Scripture interpreted this twofold act of creation and blessing to entail moral norms such as the mutual cultivation of intimacy between husband and wife and the prohibition of sexual immorality and divorce (c.f., Matthew 19:4–9; Mark 10:5–12; 1 Corinthians 7:12–20; Hebrews 13:4).

“The prophet Moses, Jesus the Messiah, and the apostle Paul are united in common witness to the goodness of humanity's existence as biological complements, as well as the moral norms that should govern male-female sexual behaviour,” the memorandum said.

The Assemblies of God believes that, recent decades have witnessed the steady erosion of biblical moral norms governing sexual behaviour.

It indicated that as these norms regarding, among others, nonmarital sexual intercourse, homosexual activity, marital fidelity, procreation, and divorce have given way in the broader culture to more permissive understandings, new and more fundamental challenges have emerged to the very notion of biological complementarianism itself.

The memorandum said the “transgender moment,” as it has been called, allows a person to select a gender identity at variance with their biological sex, indicating that it called for a biblical and theological appraisal.

The memo seeks to set the framework for understanding the experience of transgender persons in social-scientific terms.

Then, it turns to a theological evaluation of the matter in light of what the Bible teaches about the sanctity of the human body, and about transgender behaviours, thereby answering the question of how society should deal with transgender persons.

“Finally, practical guidelines are offered as to how the larger society should respond to people who struggle with gender identity, a struggle that is difficult for the vast majority of persons-Christian or otherwise-to understand,” the memo said.

Don’t disrupt attention of drivers in vehicles
9 minutes ago

Let us not interfere in prosecution of rapists, child marria...
9 minutes ago