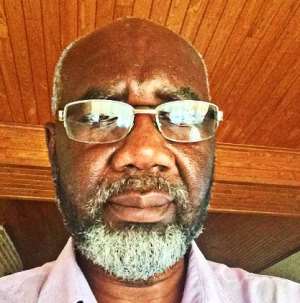 There are many people that often contact me about the sensitive and incriminating articles I write against the World Health Organization, the US, and the Belgium governments. They do ask many questions including, if I am not scared over the subjects I choose to write about.

Today, I have got the opportunity to tell those that need answers that like every man, I experience periods of sadness, bitterness, and despondency but importantly, is how tough you can handle the unfavorable circumstances?

When you know the truth and yet the opposition rises against you, you have two choices, either you submit to the criminals or stand on the path of the truth alone to suffer. I chose the latter, that’s why today, I want to share what I have been through in Belgium about what I write.

Before narrating my ordeal, I will first give reference to an article published by the late Dutch scientist and micro-surgeon on ModernGhana news, entitled Why I Have Confidence In Joel Savage Than Any Ghanaian Writer. This article gives the reader little information to understand the reason I am not a free man in Belgium, pertaining to what I write.

When our president, Nana Addo Dankwa Akufo Addo, closed down some media houses in the country, the Ghana media and many writers, including I, reacted. Some argued that the president is a tyrant dictator, who is not following the true principle of democracy.

Like all African countries, Ghana is among those that often speak well about America’s democracy but if you live outside Ghana or probably in a foreign country, you will quickly observe that Africa’s democracy is better or similar to that of the United States of America.

How African leaders oppress people for their selfish gains, the same way the American government targets a particular race to oppress. 400 years after slavery, African-Americans are treated as the former South Africans, during the time of Apartheid.

After visiting the late Dutch scientist/micro-surgeon, Johan van Dongen in Holland and the German medical doctor, Wolff Geisler, in Cologne, Germany, to obtain documents about hidden crimes against humanity by the US government, Belgium, Bill Gates, the World Health Organization, and the Centers for Disease Control, we started revealing them on our blog “Secrets of HIV-Aids and Ebola Facts Journal.”

By then I have already joined several social media, therefore, I started sharing the articles on their platforms. Being an African writer, some of the social media that want to suppress information, because I am exposing the crimes of foreign governments and the World Health Organization, falsely accused me of violating their rules, closed my account, and expelled me from their platforms.

They are Reddit, Pinterest, Digg, Biz Sugar, Hacker News, Medium, Twitter, and Bebee. My expulsion was directed by the US and the Belgium governments because they consider my articles a threat. Why did I say it was an order from Belgium and the US governments? You will know later as the article unfolds.

Among the social media that expelled me from their platforms, it was only Twitter that apologized to me after proving my innocence, so my account was re-opened to this day. The rest never did, yet when I asked them to tell me which rule precisely I violated, they refuse to give me an answer.

Meanwhile, the Belgium government is actively taking out articles relating to the country’s crime against humanity in Africa from either the web or asking Google to take them from the search engine.

Unfortunately, the blog template we chose to build our health blog “Secrets of HIV-Aids……,” belongs to Google, therefore, the search engine company had access to the blog’s HTML to edit diverting our articles to 404 errors.

This is a serious crime that will send anyone to prison for a number of years, yet Google did commit all these crimes with impunity.

Just as the Ghanaian proverb says, “those that decapitate the heads of people fear the same thing will happen to them, therefore, never sleep,” the Belgium government declared war on what I write.

My telephone was wired, my computer at home was monitored and a security camera code was implanted in the HTML of our health blog.

I made sure to publish whatever was going on and the way I found them, until the time Google, the World Health Organization, the US, and the Belgium governments were overwhelmed with that exposure.

The next plan was to destroy the entire blog, so just two weeks after the death of scientist Johan van Dongen, one of the best health blogs in the world, (the first health blog in the world to announce the substance that killed Kim Jong Nam, the half-brother of the North Korean leader, before the Malaysian authorities announced the same), sometimes registering over 10,000 reads per day, was deliberately destroyed and removed from the web.

If you know the truth, no matter what the oppressors do to suppress information, you have to fight back, therefore, I have created a new health blog, named it the same “Secrets of HIV-Aids-Ebola Facts Journal at WordPress.

The latest account suspension happened just last week when LinkedIn claimed I wrote about Bill Gates because that’s a personal attack. I wrote to them that the article they are referring to as a personal attack was originally written by an Italian journalist who requested Bill Gates should be arrested for crimes against humanity. After that, my account was successfully re-opened.

Bill Gates is a millionaire; therefore, he is always being protected by the West and the US government because he commits his medical crimes and the tests of new drugs and vaccines not in developed countries but in the third world.

If you are an intelligent person, you need to ask why someone that has no medical certificate is firmly attached to the World Health Organization. His wife who couldn’t handle the disgrace any longer has to divorce him but the media wouldn’t like to publish the real reasons he was divorced.

While the foreign powers enjoy African journalists insulting and hitting against African leaders for being corrupt, they are not entertaining an African writer residing in Europe exposing their crimes against humanity in Africa. We Africans need to think twice after reading this article.

I have received several complaints from readers in both Africa and other foreign countries that access is denied to read what I write. Some readers are blocked with adverts, as soon as they click the link of my article, so they have to abandon the article.

Many, including Nana Akufo Addo, was angry when the military took over in Guinea but if our president is sincere, he should admit that the military has to step in to save Guinea because democracy is destroying that country with laboratory engineered Ebola, while they keep lying to the world that bats are responsible.

This is the truth Joel Savage writes, if they think I have accused them wrongly, they know where to find me. I invite them to come and arrest me or send someone to assassinate me. Deceitful criminals, those afraid of you can be but not Joel Savage. My fight is for my country, not for an African leader.