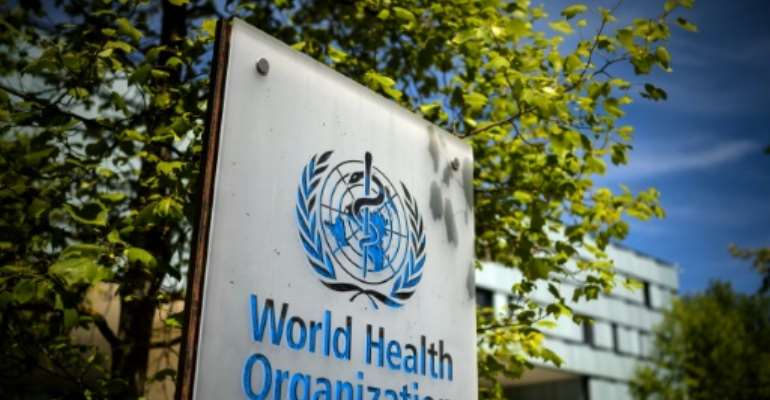 The abuses were committed by local and international WHO personnel in the country to fight the 2018-20 Ebola outbreak. By Fabrice COFFRINI (AFP/File)

World Health Organization chief Tedros Adhanom Ghebreyesus apologised on Tuesday on what he called a "dark day" for the agency after a damning report on allegations of rape and sexual abuse by workers sent to fight Ebola in the Democratic Republic of Congo.

The report found "clear structural failures" and "individual negligence" among the UN agency's staff after dozens of women told investigators they were offered work in exchange for sex, or were victims of rape.

"The first thing I want to say to the victims... I am sorry," Tedros told a news conference.

"It is my top priority that the perpetrators are not excused but held to account," he said, adding: "This is a dark day for WHO."

The report centred on accusations against local and international personnel deployed in the country to fight an Ebola outbreak from 2018 to 2020.

"We're taking steps to ensure that others who may be implicated are temporarily relieved of any decision-making role in respect of allegations of sexual exploitation and abuse," he said.

WHO's Africa director, Matshidiso Moeti, told the news conference: "We in WHO are indeed humbled, horrified and heartbroken by the findings of this inquiry."

'It is my top priority that the perpetrators are... held to account,' Tedros said. By Fabrice COFFRINI (AFP/File)

The 35-page report paints a grim picture, noting "the scale of incidents of sexual exploitation and abuse in the response to the 10th Ebola outbreak, all of which contributed to the increased vulnerability of 'alleged victims' who were not provided with the necessary support and assistance required for such degrading experiences."

The special commission identified 83 suspects, including 21 employed by the WHO.

Four have had their contracts terminated and are banned from future employment at the WHO, "and we will notify the broader UN system", said Tedros.

The agency will also refer rape allegations to the Congolese authorities and those of other concerned states, he added.

The report, which Tedros said "makes for harrowing reading", cited "individual negligence that may amount to professional misconduct".

It also said it found "clear structural failures and unpreparedness to manage the risks of incidents of sexual exploitation and abuse" in the poor central African country.

Following media reports in May that WHO management knew of alleged cases in the DR Congo and did not act, 53 countries had jointly demanded that the WHO display "strong and exemplary leadership" on preventing sexual abuse.

The allegations would not have come to light were it not for a year-long probe revealed last September by the Thomson Reuters Foundation and The New Humanitarian documenting alleged exploitation and abuse of women by international staff during the 2018-20 Ebola crisis.

Health workers flooded into eastern DR Congo to help fight Ebola after the disease broke out in the region in August 2018. By John WESSELS (AFP)

Their investigation found that 51 women had accused Ebola aid workers -- chiefly from the WHO but also from other UN agencies and leading NGOs -- of sexual exploitation, including propositioning them, forcing them to have sex in exchange for a job or terminating contracts when they refused.

With more than 2,200 recorded deaths, the epidemic was the worst to hit DR Congo since the disease was first identified in 1976.

"The organisation, focused primarily on eradicating the Ebola epidemic, was completely unprepared to deal with the risks/incidents of sexual exploitation and abuse," Tuesday's report said.

It added that WHO's leadership was aware of sex abuse allegations a full six weeks earlier than it initially claimed.

Quoting an email to the WHO's ethics pointman, it said the "message was sufficiently explicit and was in fact the first report of incidents of sexual exploitation and abuse involving WHO staff during the response to the 10th Ebola outbreak."

Asked whether he intends to resign, Tedros, 56, and who will seek a second term at the head of the powerful UN agency based in Geneva, admitted he had been to the country 14 times without anyone raising the matter.

"Probably I should have asked questions," he said.