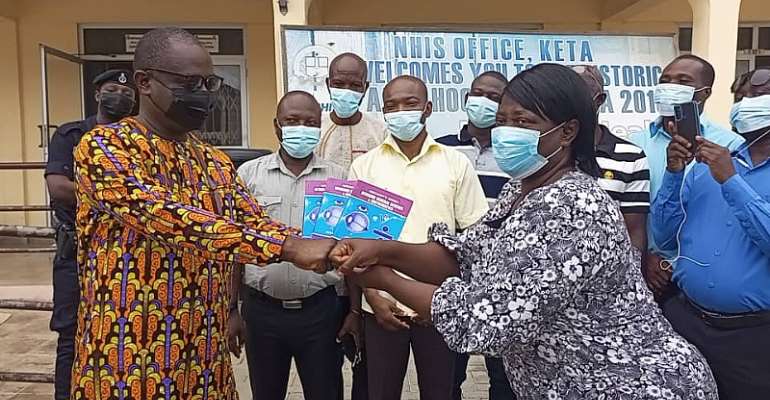 Mr Richard Kwame Sefe, a Member of Parliament for Anloga Constituency in the Volta Region has supported some basic schools in his area with some teaching and learning materials on Wednesday, September 22, 2021.

The items include a total of 475 science and mathematics textbooks, pencils, pens, erasers and rulers which were to be distributed among all public schools in the district.

He said the purpose of the donation was to boost education in the district.

The MP noted that the learning materials will eventually result in higher students' performance during the final year exams, the Basic Education Certificate Examination (BECE).

The donations were made to the schools through Anloga District Education Service at the District Assembly in Anloga.

The lawmaker added that government is finding it difficult to provide textbooks and other logistics to schools in the country, hence his efforts to help keep the education of the children running.

"My main aims are to see a boost in education that will result in higher performance of students after their final BECE exams," he stated.

Mr Sefe continued that, inadequate number of textbooks in some schools hinder effective learning and teaching, a situation that is causing poor academic performance in his area.

Mr Daniel Besa, a representative from the Anloga District Education Service (GES) who received the items on behalf of the Anloga GES thanked Mr Richard Kwame Sefe for his kind gesture toward education in the district.

He also appealed to other philanthropists and well-wishers to assist in finding solutions to some of the little challenges they faced since government cannot solve all their pressing needs at once.

Mr Besa also urged parents to be responsible in helping their wards in their education for better grades after final exams.

He also challenged students, especially those in the final year to stick to their books during these difficult times.

"Final year students must learn hard to make their teachers and parents proud," he advises.