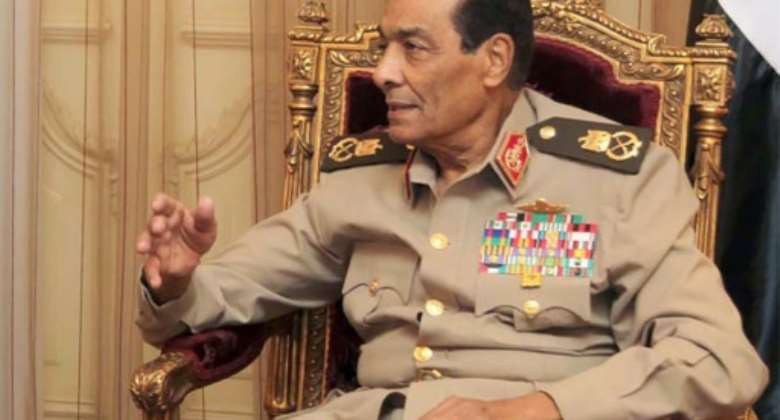 Field Marshal Mohammed Hussein Tantawi, who died at the age of 85, headed the military junta that ruled Egypt in the aftermath of Hosni Mubarak's ouster before being sacked by the country's first freely elected leader. By YOUSEF ALLAN (PETRA News Agency/AFP/File)

Egypt's Mohammed Hussein Tantawi, who headed the military junta that ruled after president Hosni Mubarak's ouster in the Arab Spring protests, has died at age 85, state media and a military official said Tuesday.

After his stint as Egypt's de facto leader, he was soon sacked by the country's first freely elected president, the Islamist Mohamed Morsi, and spent his remaining years largely out of public view.

A veteran of Egypt's wars and politics, Field Marshal Tantawi had long served as Mubarak's defence minister and as chairman of the Supreme Council of the Armed Forces.

He became the acting head of state of the Arab world's most populous country after an 18-day popular uprising during the region's "Arab Spring" protests ended Mubarak's rule in early 2011.

Tantawi "died today, Tuesday, after giving a lot" to his country, the government newspaper Akhbar al-Youm said in an online report confirmed to AFP by a military official speaking on condition of anonymity.

Like all Egyptian leaders from the overthrow of the monarchy in 1952 to the 2012 election of Morsi, Tantawi came from military ranks.

After taking charge of the country, his junta quickly said Egypt would stay "committed" to its regional and international treaties, implicitly confirming that its landmark 1979 peace treaty with Israel would remain intact.

In 1991, Tantawi was on the side of the US-led coalition in the first Gulf War after Iraqi dictator Saddam Hussein had invaded Kuwait.

He served as Egypt's minister of defence and military production for 21 years and became the army chief in 1995.

Despite being a close associate of Mubarak, Tantawi relented to public pressure and put the ex-president on trial on charges of inciting the killing of hundreds of protesters during the 2011 uprising.

E-Levy: Gov’t determined to behave like a vampire to suck th...
32 minutes ago

Gov’t will hide behind IMF discussions to force more hardshi...
32 minutes ago