Forfeited EGuinea VP assets to be used by UN, NGO for health care 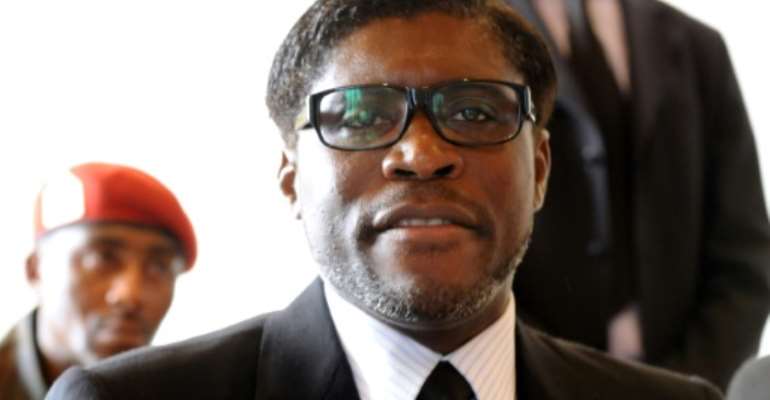 Assets forfeited in the US by Vice President of Equatorial Guinea Teodoro Nguema Obiang Mangue are to be used to provide health care to the African nation. By ABDELHAK SENNA (AFP/File)

Some $26 million in assets forfeited by the son of the leader of Equatorial Guinea are to be used by the United Nations and an NGO to fund health care in the African nation, the US Justice Department said Monday.

The United Nations will receive $19.25 million to purchase and distribute Covid-19 vaccines and Medical Care Development International (MCDI) will receive $6.35 million for medicines and medical supplies to be sent to Equatorial Guinea, it said.

The funds stem from a civil forfeiture settlement involving Vice President Teodoro Nguema Obiang Mangue, whose father has ruled the oil-rich but poverty-stricken country since 1979, the Justice Department said in a statement.

In the civil forfeiture case, the United States alleged that Obiang had amassed more than $300 million worth of assets through corruption and money laundering.

Under a 2014 settlement agreement, Obiang was forced to sell a Malibu, California, mansion that he purchased for $30 million, a Ferrari automobile and various items of Michael Jackson memorabilia, according to the Justice Department.

"As provided in the agreement, $10.3 million of these settlement funds were to be forfeited to the United States and the remaining settlement funds would be distributed to a charity or other organization for the benefit of the people of Equatorial Guinea," the department said.

"Wherever possible, kleptocrats will not be allowed to retain the benefits of corruption," Assistant Attorney General Kenneth Polite said.

Despite Equatorial Guinea's oil riches, most of the central African country's 1.4 million people live below the poverty line.