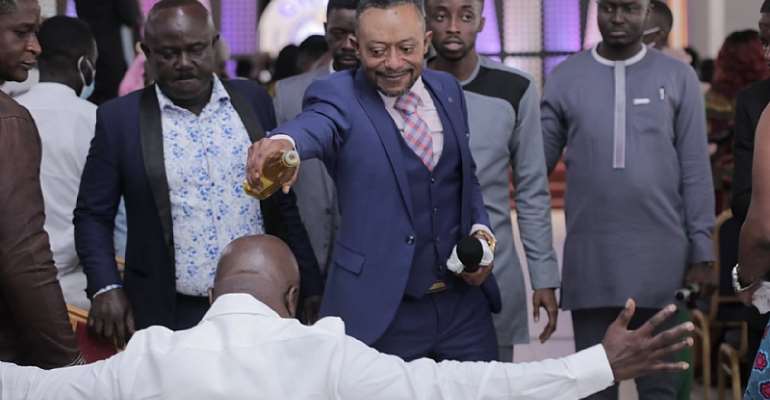 The renowned man of God was arrested last weekend alongside four other people for the creation and circulation of multiple videos containing threats, and the brandishing of a weapon as well as assault on some police personnel.

After their arrest, the five were made to spend nights in police custody as their lawyers struggled to secure bail for them at the Accra Circuit court.

But the lawyers of Rev. Isaac Owusu Bempah managed to secure bail from the High Court for him and the four others to the tune of GHS 200,000 with two sureties each.

They were charged with offensive conduct conducive to breach of peace, threat of death and assault of public officers.

Today, Rev. Isaac Owusu Bempah and four others will reappear in court for the hearing of their case.