“Our target is to achieve preeminence in African football” — Togbe Afede 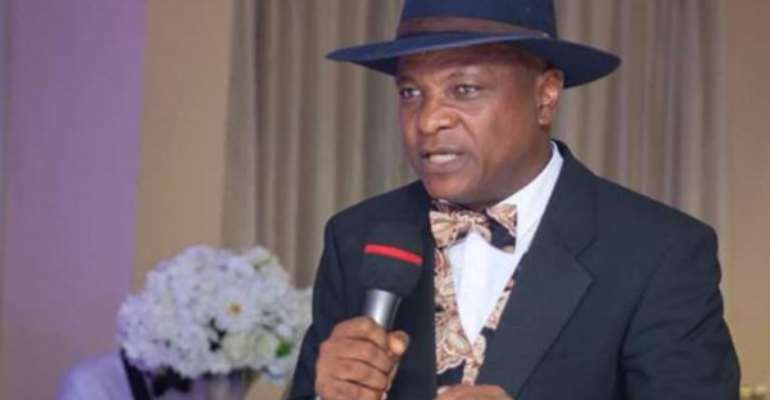 Togbe Afede XIV, the Executive Board Chairman of Accra Hearts of Oak says the club has set out objectives that will make them achieve pre-eminence in Africa football.

He said this at the launch of the club's 110th Anniversary scheduled to take place in November as well as the unveiling of the club's new kits for the upcoming football season.

Togbe Afede XIV in his address said the upcoming anniversary celebration symbolises the reflections of the past and present as they aspire to become one of the topmost clubs on the continent again.

"This is the 110th year of our dear club and we are very happy that in this very important year, Accra Hearts of Oak is back on top of Ghana football. I want to assure the followers of the club that we are here to stay.

"Over the 10 years this Board has laid the foundation to the realization of the vision of Hearts namely to achieve preeminence in African football while creating opportunities for the development of youth and contributing to the sustainable development of our club,'' he said.

He said the Board over the past years had learned from its strength and weakness thereby taking advantage of opportunities as well as dealing with the threats that came along the journey.

Togbe Afede XIV, however, noted that it was important for Hearts to lead the charge in the transformation of Ghana by virtue of being the oldest club in the country with one of the largest fan bases.

He said that the Board had outlined some objectives which include the establishment of a very strong management team, establishment of strong commercial orientation through the use of science and technology as well as improving the club's infrastructure.

He further revealed that the club would open a commercial centre to underscore their commercial orientation thereby making the club a money making machine to sustain its future finances.

Togbe Afede XIV added that they entreated the playing and management to be ambitious as they quest to achieving superiority in African football as they work hard, preserve, work together and stay discipline in their respective endeavours

The Board Chairman was elated with the successful 2020/21 football campaign having won the Ghana Premier League and FA Cup and was hopeful of a successful outing at this year's CAF Champions League which kicks starts this Sunday.