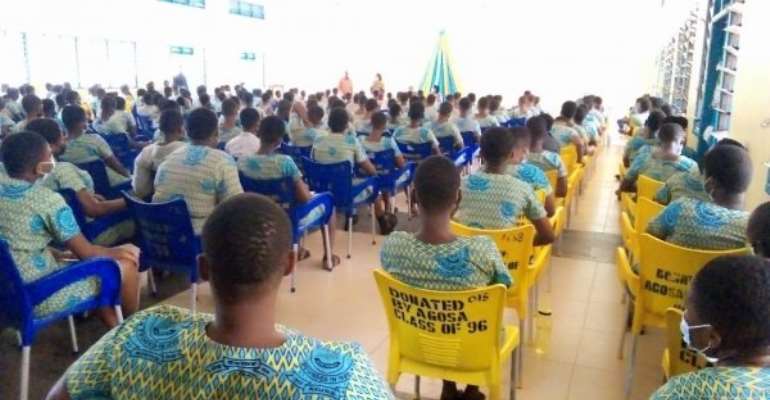 Dr Caroline Amissah, the Deputy Chief Executive of the Mental Health Authority, has appealed to Government to invest more in mental health to reduce the rate of attempted suicide in the country.

Speaking with the media on the sidelines of a Suicide Prevention Awareness Programme held at the Accra Girls Senior High School to commemorate this year's World Suicide Prevention Day, Dr Amissah said mental health support must be made readily available and accessible.

She said the current three mental health hospitals in the country were woefully inadequate to cater for the more than 30 million Ghanaians, adding that those systems must be accessible in all communities to reduce the spate of suicide attempts.

“Mental health first aid should be available to all of us, we are talking about mental health in our communities.

We want people to walk freely into any health facility to access mental health services, when we start doing that, then we can now ask why people are still dying by suicide,” she said.

The programme, organisd by the Mental Health Authority, in collaboration with the Ghana Health Service and the Ghana Psychological Association, was to create awareness on suicide prevention.

Suicide is defined as the act of deliberately killing oneself. It is caused by a number of factors including family history, alcohol/drug abuse, negative self-esteem, access to lethal means and graphic presentation of suicide in the media.

Globally, more than 700,000 persons die by suicide every year, 77 per cent of which occurs in low and middle income countries.

Dr Amissah, however, bemoaned the continuous criminalisation of suicide attempts by the country's laws saying such people rather needed support instead of being confined to prison.

He said the Authority was engaging the relevant stakeholders to have such laws repealed.

“There are a whole lot of issues that would cause people to become depressed and depression is the leading cause of suicide. For instance, somebody is sad or cannot cope, they go into depression and if they are not managed well that is when we find them becoming suicidal.”

“We are working assiduously, advocating that it be repealed from our law books. We are engaging with Parliament, it is not a one-day process but we have engaged the sub-committee on legislation and they have agreed.”

She appealed to the telecommunication companies to support the Mental Health Authority by providing them with a toll-free customer care number to facilitate access by persons habouring suicidal thoughts for assistance.

The World Suicide Prevention Day is celebrated annually on September 10 to raise awareness on suicide prevention.

This year's Day was on the theme: “Creating Hope through Action.”