Investigative Journalism: The Good, The Bad, And The Ugly. 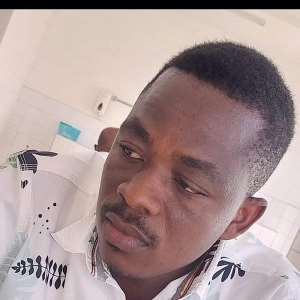 Very few things happen at the right time and the rest do not happen at all. Investigative journalism is one of the few things that many think should have started long ago. After the independence of Ghana, many think investigative journalism could have instilled good ethics and morals in the citizens of Ghana and uproot the fibrous roots of corruption at a tender and early stages of the political administration and self-governance in Ghana.

As nothing is more fairly distributed than common sense and no one thinks he needs more of it than he already has, there are those of the opinion that investigative journalism whether then or now, undermines state institutions like the police service and empowers individuals and private organizations to assume power and authority that cannot be checked and controlled with the tendency of it being abused. No wonder this notion has given birth to the common phrase ‘who watches the watchman’.

The laws of most countries like Ghana require concrete evidence of wrongdoing before punishing accused persons. However, certain crimes by their very nature make it difficult for such evidence to be provided. This has given a field day to unscrupulous individuals to take advantage of the lacuna in the law and perpetrate acts that make the state vulnerable to economic and social crises. It is here that investigative journalism which uses secrete and sometimes manipulative means of acquiring the required evidence for prosecution comes in handy. Investigative journalism by its methodology, secrete filming and recording, set up and pretentious approach catches individuals and groups engaged in heinous crimes real-handed, and in most cases, they have no choice but to confess to their crimes thus making the work of the prosecution easy. However, the question about its propriety has always being where to draw the line between a deliberate and calculated attempt to get people into trouble by setting inescapable traps for them and when investigative journalism embarks on the real agenda of genuinely and sincerely bringing the ills of society to light.

Most investigative journalists are individuals or belong to private organizations that are not supervised by any public board or authority. This lack of external supervision exposes them to manipulation by the wealthy who may have the means and the wherewithal to convince these journalists to drop investigations against them. It is thus the integrity of the person or the group involved in investigative journalism that we have to rely upon. This in no small way makes many people look upon the practice as a selective justice system where those who are exposed are those who cannot afford to bribe the investigators.

We are all of the opinions that there are no social superiors since all men are created equal but we fail to admit that there are no social inferiors either, for we are only interested in applying the doctrine of equality of man upwards but not downwards. Perhaps the regulation of investigative journalism by a specially set up body to supervise and guide its activities will be the way forward.