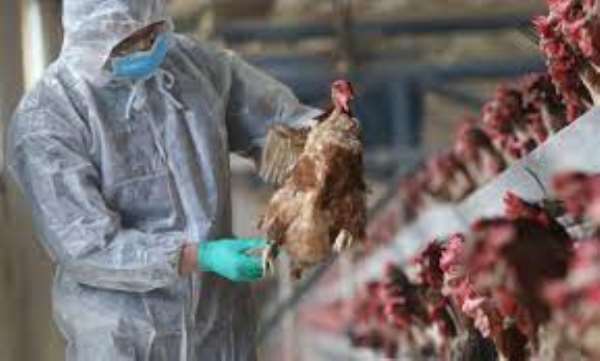 The Minister for Food and Agriculture, Dr. Owusu Akoto Afriyie has given the assurance to Poultry Farmer Associations in the country that government is working on their compensation requests.

Ghana’s Poultry industry has been hard hit by bird flu [H5N1 avian virus] in the last few months with thousands of poultry birds in the country killed as a measure to curb the spread of the flu.

Amid the hardship among the various poultry farmer associations, several of them have reached out to the Ministry of Food and Agriculture for support from government.

Addressing a press conference put together by the Information Ministry over the weekend, Agric Minister Dr. Owusu Akoto Afriyie has confirmed receipt of the request of the poultry farmers.

According to him, his outfit has taken up the request and working on securing compensation for the affected poultry farmers.

“Farmers are looking for compensation, and we are doing a very urgent request to Cabinet to meet that requirement,” Dr. Afriyie Akoto noted.

Dr. Afriyie Akoto further stressed that his Ministry working together the Veterinary Services Department is taking all the needed measures to combat the additional spread of the bird flu.

Already, more than 100,000 birds have been killed due to the bird flu outbreak in the country.