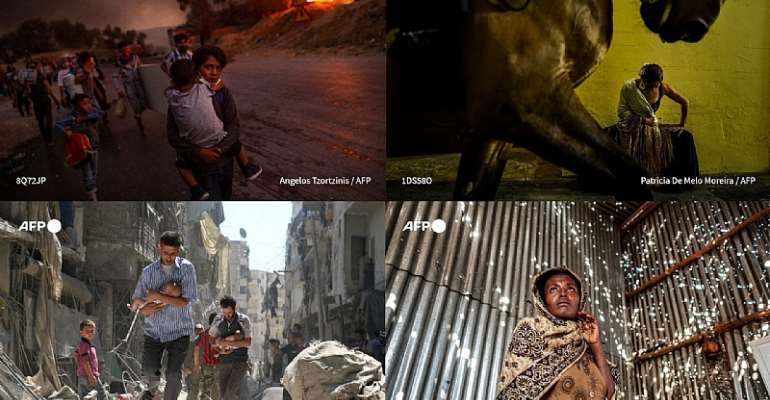 AFP is presenting four exhibitions, including a retrospective of coverage of 10 years of civil war in Syria, at the 33rd edition of the International Festival of Photojournalism Visa Pour l’Image in Perpignan, from 28 August to 26 September.

The exhibitions include Angelos Tzortzinis’s portfolio of images of the Moria refugee camp on the Greek island of Lesbos and Eduardo Soteras’s exclusive images of the start of the conflict in Tigray in Ethiopia. Away from these breaking news topics, Patricia de Melo Moreira offers an intimate portrait of Portugal as it undergoes major change. In addition to these three individual exhibitions, AFP is presenting a retrospective of the coverage of 10 years of the Syrian civil war that focuses on a new generation of Syrian photographers that emerged during the conflict.

“The Last Days of Moria Camp” by Angelos Tzortzinis, at the Chapelle du Tiers-Ordre 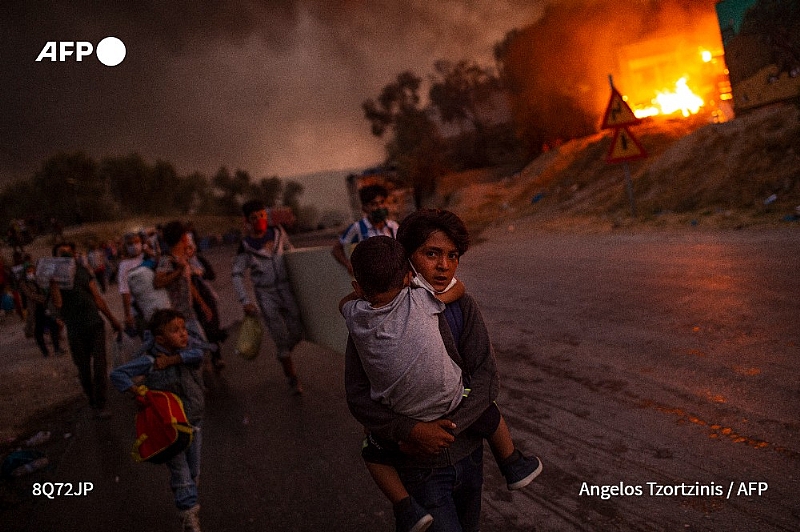 Angelos Tzortzinis has covered migration for eight years and in particular Moria, Europe’s largest refugee camp that was destroyed by fire in September 2020. Around 20,000 people had lived there in difficult conditions and 13,000, including thousands of children, were left homeless after the fire.

“My Portugal” by Patricia de Melo Moreira, at the Couvent des Minimes 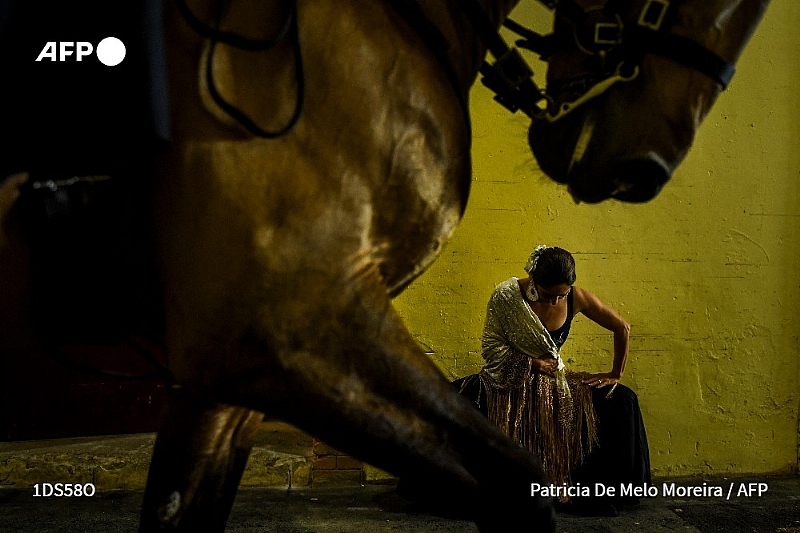 Patricia de Melo Moreira set out to “document the changes in her Portugal” beyond the usual perspective of tourism.

Her images show the profound changes caused by ten years of financial crisis, the repeated and increasingly severe summer forest fires and the Covid-19 pandemic.

Her blog post about women photographers can be found here.

“Tigray: Ethiopia’s Cascade into Chaos” by Eduardo Soteras, at the Hôtel Pams 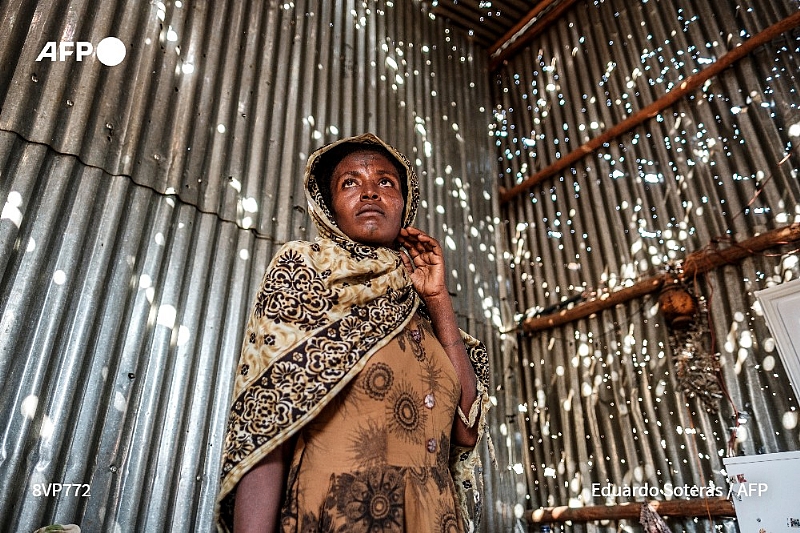 On 4 November 2020, Ethiopian Prime Minister Abiy Ahmed announced an offensive against the authorities in the northern Tigray region. The 2019 Nobel Peace Prize laureate promised a quick operation that would cause no or limited civilian casualties. Many in the international community believed him until an AFP team, including photographer Eduardo Soteras, was able to gain exclusive access to the region at the end of November to show the reality of what was happening. The conflict is still far from over and has spread to several regions on the border of Tigray.

“Syria: A Decade at War” – an exhibition of 32 photographers at the Couvent des Minimes 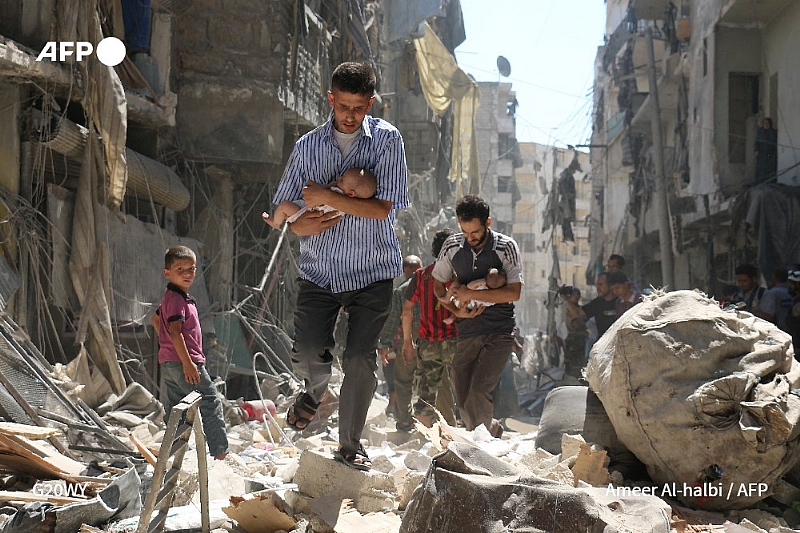 Syria appeared to be on the verge of a historic revolution during the Arab Spring. However, the war resulted in the deaths of hundreds of thousands of people and forced the displacement of more than half of the population.

AFP has kept its presence on the ground more than any other media, covering the first rebel offensives against the army of President Bashar al-Assad, the rise of jihadist groups, the internationalisation of the conflict and then the brutal reconquest of territory by the regime.

The exhibition includes work by some of the Agency’s most outstanding photographers, independent photographers and “citizen journalists” who quickly became very valued contributors.

The exhibition will be accompanied by the conference “Agence France-Presse Panel Discussion - Syria, A Decade at War” on Thursday 2 September, from 3 pm to 4:30 pm at the Palais des Congrès. It will be moderated by Lucas Menget, deputy editorial head of Franceinfo.

The speakers will discuss the extraordinary story of the generation of citizen journalists living in inaccessible combat zones and supported and trained at a distance by the AFP teams in Nicosia and Beirut. The conference will feature Syrian photographer Sameer al-Doumy, who is now Based in Caen, Hasan Mroué, AFP’s deputy photo chief for the Middle East and North Africa, and Stéphane Arnaud, global editor-in-chief for AFP Photo.

In addition, the evening screenings organised at the Campo Santo will feature AFP photographers Bülent Kiliç on Thursday 2 September with a feature on the submerged ancient Turkish town of Hasankefy, and Yasuyoshi Chiba on Saturday 4 September with his coverage of the war in Tigray.

A selection of images from Visa Pour l’Image, including those by AFP photographers, will be on display at Gare de Lyon in Paris from 30 August to 1 October 2021 and at the Grande Halle de la Villette from 15 September to 31 October 2021.

‘You can’t beat NDC in spreading lies, falsehood and propaga...
47 minutes ago