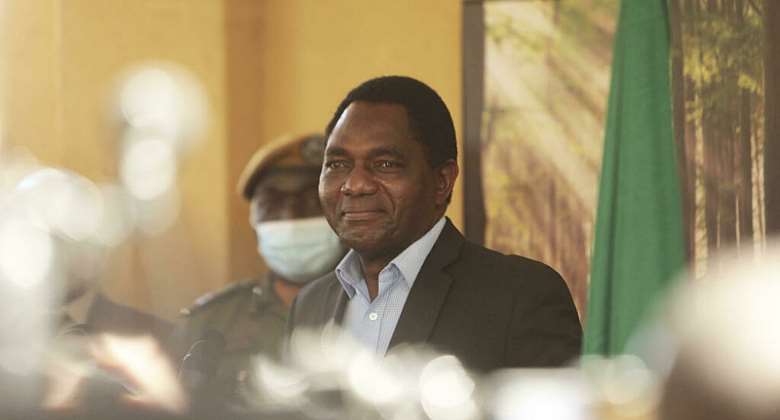 Zambia's newly-elected president, Hakainde Hichilema, is sworn into office Tuesday, after defeating the incumbent Edgar Lungu by almost a million votes in a election marked by restricted campaigning and suspected vote rigging.

Hichilema will take the oath of office before a crowd of current and former African leaders, along with opposition politicians from countries in the.

Zambia is the second country in southern Africa in recent years, after Malawi in 2020, to transfer its presidency to an opposition candidate.

Hichilema defeated Edgar Lungu by almost one million votes on 12 August in his sixth bid for the presidency.

There is consensus among analysts and observers that Lungu tampered with the vote, and results could have been swayed if the margin of victory had been smaller.

But Hichilema, known as "HH" or "Bally", an informal term for father, was boosted by an economic crisis that has put the country into debt default, and see inflation rise, making the cost of basic goods unaffordable.

Hichilema promised to reign in unsustainable infrastructure spending, and woo back spooked investors to the copper-rich country.

Your ban on radio Ada unjustifiable, affront to press freedo...
17 minutes ago

Doctor who was wrongfully dismissed, reinstated by GHS after...
27 minutes ago