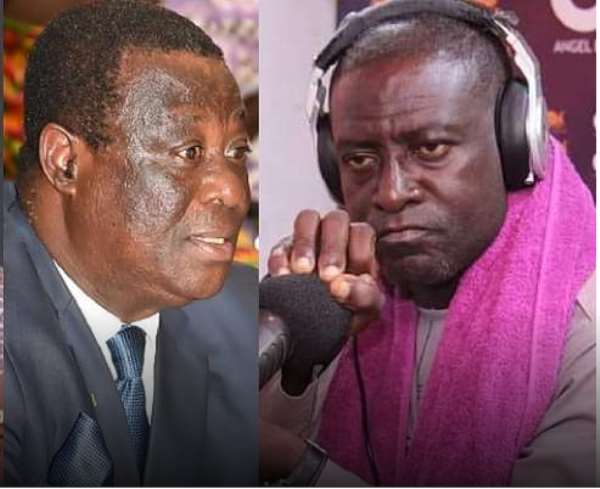 The Minister of Roads and Highways, Mr Kwasi Amoako-Attah, has petitioned the Criminal Investigation Department (CID) of the Ghana Police Service, to investigate an allegation of corruption levelled against him on a radio station.

This follows a petition to his office by the convener for Fixing the Country Movement, Mr. Ernest Kofi Owusu Bempah which alleged that, Broadcaster Blessed Godsbrain Smart popularly called Captain Smart allegedly used the name of the minister to dupe one Gifty Adwoa Twumasi, a resident of Achimota Mile 7 an amount of Ghc25,000 in an attempt to help her get back her land which has been encroached.

According to Mr Owusu Bempah, the actions of Captain Smart, a host of the Morning show on Onua Fm/TV is unlawful.

"I'm personally initiating the process with this petition in order not for the unsuspecting public to fall prey to the dubious tendencies of Captain Smart, and for him not to escape from investigative scrutiny," he stated in the petition.

In a petition written by his lawyers Amicus Legal Consult, the Roads Minister said he is appalled after listening to the audio clip which, apart from its criminal connotations is also defamatory of his integrity.

He, therefore, wants a full investigation conducted into the allegation contained on the clip, not only for his name and long-standing integrity to be cleared but also for any perpetrator involved to be dealt with in accordance with law.