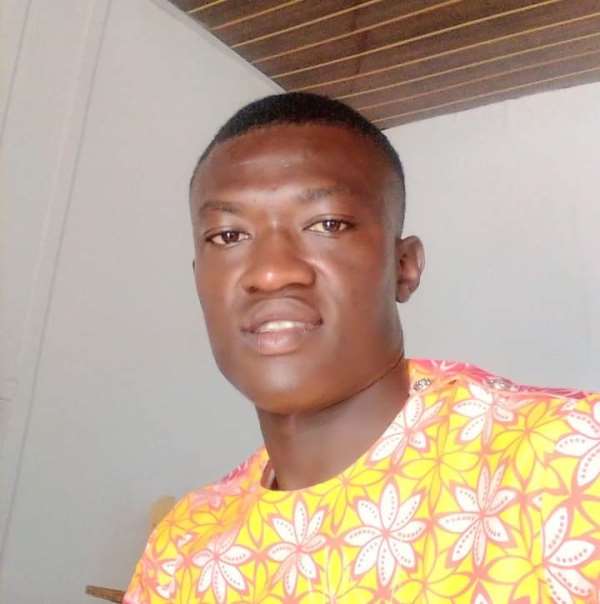 The family of the 15-year-old JHS student, Stephen Sarpong, whose head, together with other victims' human parts were found in the room of one Richard Appiah are calling on the Ghana Police Service to expedite action on their investigations about the case and deal ruthlessly with all those connected to the murder of their son.

Members of the family have therefore welcomed the decision of the Inspector-General of Police to dispatch a team of investigators from the Police headquarters to Sunyani to assist in the investigations, insisting that no stone should be left unturned to get to the bottom of the matter.

28-year-old Richard Appiah, a quantity surveyor was on last Saturday grabbed by the Abesim Police at Alaska, a suburb of Sunyani, when community members, who were searching for a missing boy, Louis Agyeman, found him dead in his room, together with the head of Stephen Sarpong, who had also been missing since Sunday, August 15, 2021.

Stephen’s head, together with several other human parts were packed in a refrigerator while the body of Louis Agyeman was lying on the floor with bloodstains around the head.

The Police were then contacted which led to the subsequent arrest of Richard Appiah, whose biological brother is Louis Agyeman.

Speaking to the media, Mr. Yeboah Asuamah, who is the father of the slain Stephen Sarpong, said he was shocked to the marrow when news reached him that his missing son’s head was found in a refrigerator in Richard Appiah’s room.

Meanwhile, Mr. Appiah, who lives in the same vicinity with them, in pretence, had been joining him to search for the missing child in the past week.

“He even came to my wife yesterday to ask whether the boy had been found. In fact, the suspect is a very good friend of mine and he visits me every now and then, and so it's hard to believe he killed my son”, he said amidst tears.

The Bono Regional Command of the Ghana Police Service, which has taken charge of the case, confirmed the incident to journalists but failed to provide basic information regarding the outcome of their preliminary investigations.

Meanwhile, the IGP has commended the collaboration between the residents of Alaska and the Police, which resulted in the discovery of dead persons and human parts in the suspect’s room.

The IGP stated, “…civil-police collaboration should be deepened to promote peace and security in the society.”

A statement by the Police indicated that the Criminal Investigation Department (CID) at the Police headquarters in Accra is to provide “technical support” to the Bono Regional Police to investigate the case.

Some residents of Sunyani who spoke to our correspondent expressed shock and utter dismay about the incident.

Some residents of the area blamed the murder on what they describe as the gradual infiltration of 'sakawa' boys in the area and called on the Police to act swiftly to flush them out of the Bono regional capital.

The residents say 'Sakawa' boys use human parts in their nefarious and criminal deals.

They mentioned the Capital Estates, located between Abesim and Tanoso, and parts of Baakoniaba as some of the areas in Sunyani where these suspected 'sakawa' boys usually reside.

Chieftaincy conflict in Yong-Dakpemyili leaves man with two ...
45 minutes ago