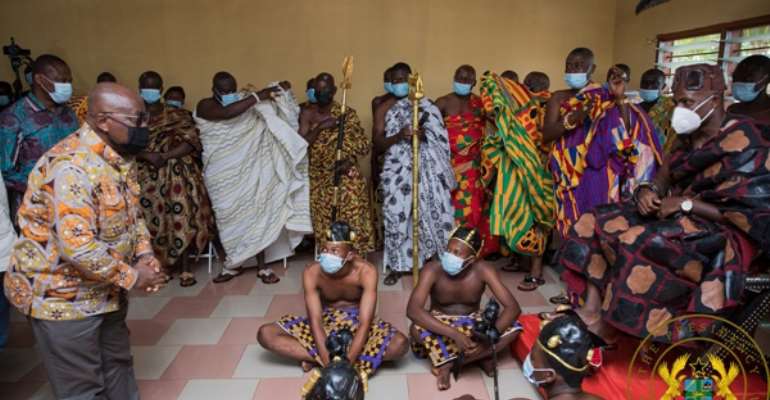 The Bono East region has been assured of a new public university that would focus mainly on science and technology with particular emphasis on health care delivery and agriculture.

During his recent tour of the Bono East region, President Akufo-Addo assured the chiefs and people of the area that plans are far advanced for work on the proposed public university to take-off.

At a meeting with the Nkoranza Traditional Council at Nkoranza, President Akufo-Addo said the Regional Minister, Kwasi Adu-Gyan had already undertaken some preparatory works on the said project and added that accreditation needed for the smooth take-off of the university would soon be granted.

The Bono East Regional Minister Kwasi Adu-Gyan, upon his assumption of office, put up a team to work towards the establishment of the university to better take care of the health of the people and also make the region the best destination for agribusiness especially as the raw material hub for feeding the various agro-processing industries.

When it takes off, the Bono East University would be one of the greatest legacies of the Akufo-Addo led administration so far as the people of the area are concerned.

President Akufo-Addo also observed that the region abound in large and fertile lands for commercial production of rice for processing for both the local and foreign markets.

He added his voice to his Agric Minister’s proposal to develop the region into a rice production hub in the country, saying every effort must be made to achieve this target to create employment opportunities and also provide a sustainable source of income for the people.

The Bono East Region has about 32,236 hectares of rice valleys supported by agro-ecological conditions suitable for commercial rice production. If fully developed the region can produce about 161,000 tons of rice annually to reduce rice importation.

The development of commercial rice production and all related value chain activities in the region is estimated to provide about 3,000 direct jobs to the youth in areas such as commercial and small holder rice production, rice milling and service provisions including input supplies, machinery, and marketing.