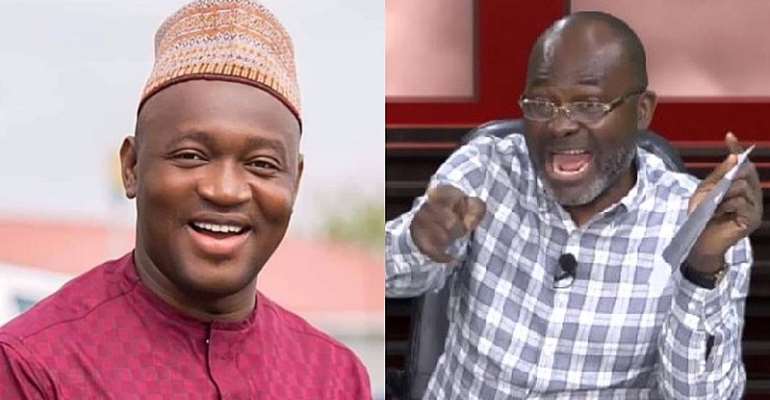 Member of Parliament for Tamale North, Alhassan Suhuyini has described his colleague MP for Assin Central, Kennedy Agyapong as a coward.

His description of cowardice for the maverick MP is as a result of his absence at the Privileges Committee meeting which was arranged to deal with his threats issued against Multimedia journalists Erastus Asare Donkor.

Though Hon. Suhuyini admits his colleague MP was not served, he said it is because he didn’t make himself available to be served.

He said Ken Agyapong “deliberately” travelled out of the country.

Hon. Suhuyini who drew the attention of the Speaker to the alleged threat, told journalists on Thursday, August 5 that it was “baffling Mr Agyapong has not made himself available to be served”, asking “how come they couldn’t find him to serve him?”

“I have interpreted it to mean he only shows bravery in his comfort zone in Madina but in actual fact, he is a coward because if I were in his shoes and heard the chairman talk about a sitting today, I would have approached the committee to find out if there is an invitation available for me so that I will plan my schedules appropriately and if he didn’t do that then I take it that he deliberately avoided the committee and that’s why they haven’t been able to find him to serve him and I think that’s an act of cowardice,” Hon. Suhuyini noted.