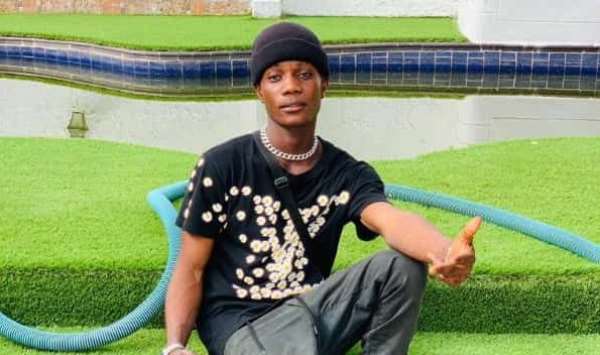 A young man, identified as Kwasi Amponsah has allegedly taken his own life at Akom, a community in the Afigya Kwabre North District of the Ashanti Region.

The 21-year-old according to reports shockingly hanged himself even though he appeared very normal.

In an interview with Agya Badu who is the father of the deceased, he said the family is surprised about what his son has done.

“…the incident has taken us by surprise and we don’t know what made my son hang himself,” the teary father of Kwasi Amponsah told Kwame Yeboah who reports for Akoma FM.

According to an eyewitness, “the victim was shaking at the time we got to the scene but I was scared to touch the victim because I felt it might affect police investigations but later the young man gave up the ghost.”

What has shocked residents is how Kwasi Amponsah was found sitting after taking his life.

The residents are calling on the Police to fast-track investigations to uncover the cause of death.

Meanwhile, the body of the deceased has been deposited at the St. Patrick Hospital at Offinso for further investigations.