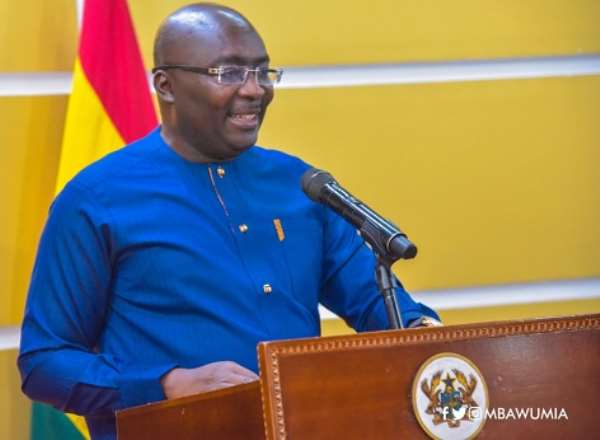 Addressing participants at the opening of the International Trade and Finance Conference (GITFiC 2021) in Accra on Tuesday, Dr. Bawumia said, with the advent of digitization, digital currencies springing up on the African continent is imminent, but he was quick to warn that what African economies need are central banks-backed digital currencies, not cryptocurrency.

Responding to a question on the readiness of the continent for an African digital currency, especially with the presence of the AFCFTA, Dr. Bawumia stressed the imminent adoption of digital currencies but added that such moves should be backed by African Central banks, just as the Bank of Ghana has initiated a pilot digital currency.

"Digitization and the advent of digital currencies is something that is definitely coming. We are facing it and I am very, very happy that the central bank of ghana is beginning a pilot digital currency and I think it will ultimately be the way to go for Africa. That we will adopt, or we should end up trying to adopt a digital currency," Dr. Bawumia said.

"But I think that a digital currency that is backed by the central banks; that gives a lot of credibility to transactions and I think this is where we should be headed and the Bank of Ghana is leading the way. I expect other central banks to come forward with this in the future. It is the way to go."

The conference was attended both physically and virtually by senior officials of African central banks, the African Union, West African Monetary Institute members of the Diplomatic Corps, and other key stakeholders in the African Continental Free Trade Area (AfCFTA).

Below is a video is the short interview: