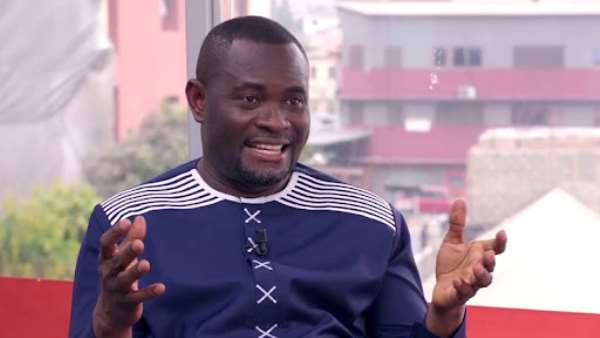 Member of Parliament for Ejisu, in the Ashanti Region, Dr. John Ampontuah Kumah has described as ‘lame’ suggestion by the Minority NDC asking government to take Ghana back to the International Monetary Fund (IMF) for debt relief.

Delivering an address at the Minority’s Policy Dialogue at the University of Professional Studies, Accra (UPSA) on Monday, July 26, 2021, Dr. Cassiel Ato Forson said the government must run to the IMF for urgent debt relief amid the rising debt stock of the country.

"The Akufo-Addo-Bawumia government must seek urgent debt relief from the International Monetary Fund through the newly proposed Debt Relief Initiative, known as the Common Framework for Debt Treatments Beyond the Debt Service Suspension Initiative (DSSI), which can be likened to the HIPC Initiative,” Dr. Ato Forson who is Ranking Member on the Finance Committee of Parliament.

Speaking to TV3 on the suggestion made by the Minority, Dr. John Ampontuah Kumah says it is lame, to say the least.

“The NDC solution is for Ghana to go back to IMF, that is a very lame suggestion to give to us.

“I can tell you we are not going to IMF today or tomorrow, not as far as this government is concerned. Maybe when the NDC comes back to power in future and they want to take Ghana back to the IMF, we will do that,” the Ejisu MP said.

Currently, Ghana's total public debt stock has increased according to new data released by the Bank of Ghana.

The debt stock which ended the first quarter of 2021 at GH¢304.6 billion, increased by almost GH¢ 30 billion in April and May.

On Thursday, July 29, 2021, the Minister of Finance, Hon. Ken Ofori-Atta is expected in Parliament to deliver the mid-year budget review.