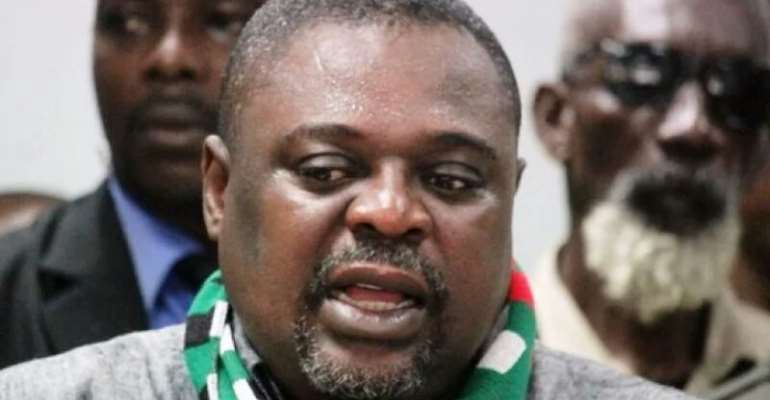 A former Deputy General Secretary of the National Democratic Congress (NDC), Mr. Koku Anyidoho has urged COP George Akuffo Dampare to be bold and ‘take the bull by the horns' when he begins his role as Acting Inspector General of Police (IGP).

From Sunday, August 1, 2021, current IGP James Oppong-Boanuh will proceed on terminal leave as directed by President Akufo-Addo ahead of his retirement in October.

Immediately he leaves, COP George Dampare will take over and act as IGP until a substantive appointment is made in accordance with the Constitution of Ghana.

Backing COP George Dampare to get the job done, Koku Anyidoho adds that the new IGP must have the courage to take the big decisions.

“I have spoken to men and women in uniform who don’t have a problem, they believe he will come with whatever God has given him.

“This whole governance process especially with the Police is a lot of fire-fighting,” Mr. Anyidoho who is Executive Director of the Atta Mills Memorial Institute told TV3 in an interview on Thursday.

He continued, “The problem begins before you get to know. How you confront and manage it is where the steely nature of your being comes to the fore. So, it will come with its own challenges but if you look at the fact that he has held very high command positions over the period, I am sure he has seen it all. What has got to lose?

“Take the tough decisions, take the bull by the horn, and with the kind of system, we are having now if he is doing the right thing for which politicians get angry with him the nation will know. So for me, he should just do the right thing.”

Gov’t in the process of buying bigger presidential jet – Eug...
27 minutes ago