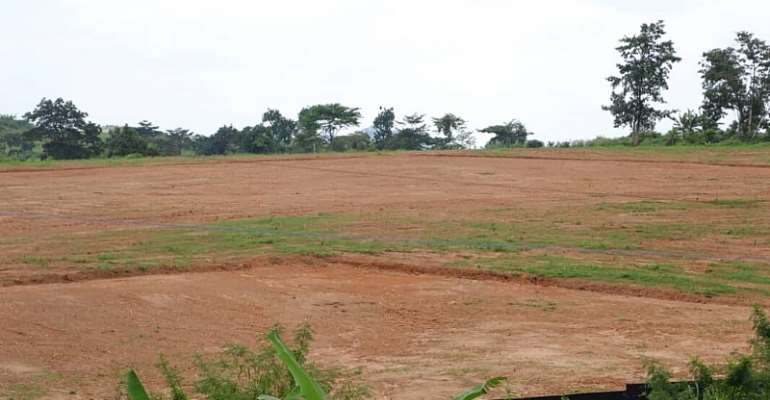 Not a single block has yet been laid to commence the construction of the promised 600-bed Eastern regional Hospital exactly a year after sod-cutting by President Akufo-Addo.

Weeds on the site fenced with roofing sheets have been cleared twice since the sod-cutting.

There is not a single piece of equipment on-site to indicate that a contractor is getting ready to commence the project.

Some youth in Koforidua have threatened to demonstrate to demand answers on why the project is delaying contrary to assurance by the President that funding was ready therefore the contractor was starting the project right after sod-cutting.

Conveners for a group calling itself Global Network for Bare -Facts (GNBF) Richard Etornam Nyarko expressed disappointment in President Akufo-Addo over the development.

“It is a shameful development that is highly attached to the failures of this government. This government has been on the record label for making cheap promises and easy failure on the promises that they make,” Richard Nyarko told Starr News.

He added “not even one person ever thought one year anniversary of those Hospitals President Akufo-Addo with so much of our money tripping down from Accra with his entourage to come and cut sod for the Regional Hospital and telling us the people of Eastern region that funds have been secured from a certain bank in the UK and for that matter in 36 months we should see the elevation and operationalization of that Hospital. Today the story is 100% different the only development that we have seen on that particular premises is one-time clearing of the bushes until four or three months ago the whole place was like a forest, that is what Nana Addo told the people of Eastern region “.

President Akufo-Addo, on Wednesday, 22nd July 2020, cut the sod for the commencement of construction of Phase One of the new 600-bed Eastern Regional Hospital project.

“Phase one of this new hospital project will involve the construction of a two hundred and eighty-five (285) bed facility, out of the total capacity of six hundred (600) beds. Once fully completed, it will be fitted with the requisite teaching and learning facilities, and will position the Eastern Region on the right side of the healthcare map of our country.” The President said.

When completed, the President stated that the new Eastern Regional Hospital will handle and help improve acute care and referral services, as well as lend support to the ever-expanding scope of primary healthcare facilities. Additionally, it will support the development of mutual health insurance organizations within the region and its districts.

He said with the entire hospital project costing seventy million euros (€70 million), funding has already been secured from Standard Chartered Bank, UK, with credit guarantee support from the United Kingdom Export Financing (UKEF) to the tune of €7,920,000.00.

“Ghana continues to be grateful to UKEF for their continued support in our infrastructure development programme for all sectors of our economy. I am happy to state that the entire funding amount of seventy million euros (€70 million) has already been secured for Tyllium U.K. Ltd, the contractors for this project. They must, therefore, ensure that this project is completed within the thirty-six (36) month period and on budget,” he added. 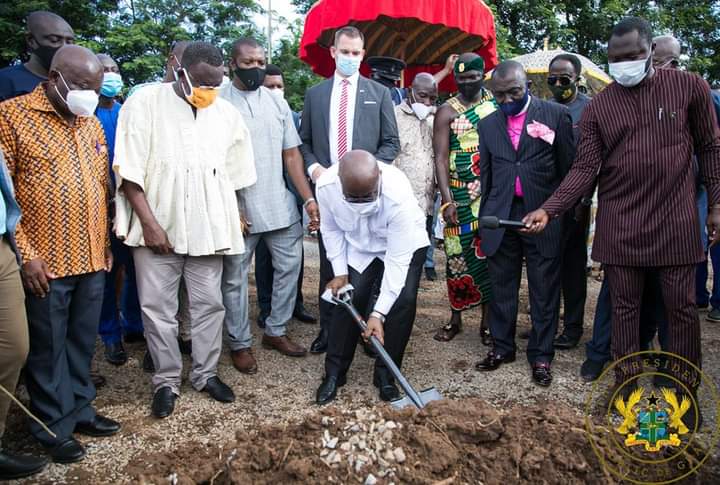 When sod was cut for the project a year ago

The current 429-bed capacity Eastern Regional hospital has been in existence for about 100 years now and is the referral hospital in the Region that serves parts of the Volta and Ashanti Regions, with daily OPD attendance of about 700.

The hospital was originally built to serve the New Juaben Municipality however converted to a Regional Hospital despite the limited facilities.