Private shores force Senegalese to cool off on 'death beaches' 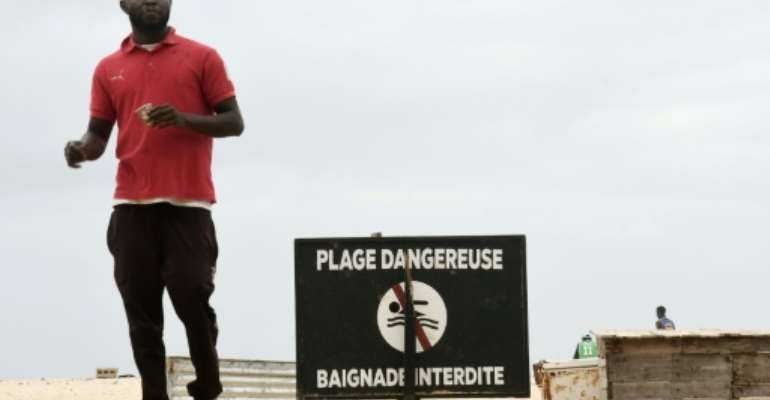 Drownings in Dakar have spiked this year as residents flock to beaches for a dip during periods of hot weather. By Seyllou (AFP)

In a beachside suburb of Senegal's capital Dakar, fisherman Madiop Dieng urges police officers to get dozens of youngsters out of the water.

"If we let it happen, there will be drownings. The sea is rough today," he says.

The youngsters come ashore, but Dieng watches in disbelief as they hop back into the ocean as soon as the police leave.

Drownings in the seaside West African city have spiked this year as residents have flocked to beaches to take a dip in the Atlantic waters during periods of hot weather.

Most people of the city of over 3 million cannot swim, and many ignore swimming bans on beaches that are subject to lethal rip tides.

But there are few other ways to cool off: Hotels and restaurants have mushroomed along the coast, privatising large stretches of safer shoreline.

Hotels and restaurants have mushroomed along the coast, privatising large stretches of safer shoreline. By Seyllou (AFP)

Ibrahima Fall, the president of the Senegalese lifeguards' association, blamed the drownings on the rash of beach privatisations.

"People are forced to fall back on to the Grande Cote and these beaches are dangerous," he said, referring to the shoreline north of Dakar.

Senegal's press has dubbed the dangerous stretches of coast "death beaches," with some observers predicting that more people will drown in July and August.

Most of the deaths occur along the first several kilometres of the so-called Grande Cote, which runs from the tip of the Dakar peninsula to the border with neighbouring Mauritania.

This coast is buffeted by the rough Atlantic Ocean.

Map of Senegal amid heightened political tension and protests. By Tupac POINTU (AFP)

The sheltered shoreline south of the peninsula, known as the Petite Cote, has calmer waters and is popular with tourists.

Abdoulaye Ndiaye said that on calmer parts of the city's northern shoreline, pools can form.

But waves breaking at high tide create a depression in these pools, he explained, "that pulls the victims out to sea".

Lifeguards are usually on duty only on beaches in Dakar where swimming is permitted, leaving bathers on many northern beaches unsupervised.

Fall also said that few are able swim because lessons are expensive.

About 40 percent of Senegalese people live below the poverty line, according to a World Bank metric.

There is also only one public swimming pool in Dakar.

A bus is now parked by the beach, blaring warnings through loudspeakers about the dangers of getting into the water.

The message appears to be getting through.

Lifeguards are usually on duty only on beaches in Dakar where swimming is permitted, leaving bathers on many northern beaches unsupervised. By Seyllou (AFP)

"I just came to get some fresh air," says Moustapha Diagne, 22. "I can't swim because the police are here, there have been deaths here."

But some are pointing out that warnings will not be enough to stop the drownings.

Aida Sow Diawara, member of parliament and mayor of Golf Sud, another northern suburb, is pushing for the closure of dangerous beaches altogether.

Diawara has written to the governor of the Dakar region, and is yet to receive a reply.