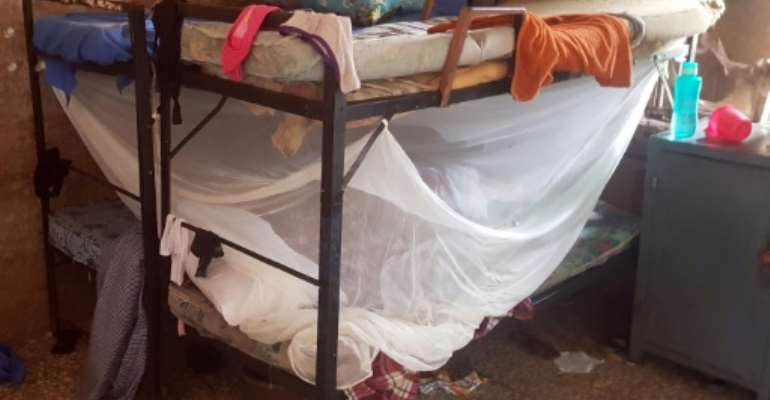 Most of the students sleeping at the boarding school overnight were snatched. By Kehinde Gbenga (AFP)

Nigerian kidnappers, who abducted more than 100 schoolchildren this week, have demanded food for their captives as security forces stepped up efforts to free the hostages, school officials said Wednesday.

Heavily armed gangs, known locally as bandits, have long plagued northwest and central Nigeria by looting, stealing cattle and abducting for ransom, but they have increasingly targeted schools and colleges.

Gunmen stormed Bethel Baptist High School in northwestern Kaduna state early Monday and abducted 121 students while 28 were rescued, school vice principal Wakili Madugu said, in the latest in a string of mass abductions for ransom in the state.

School officials had initially said 140 students were taken while 26, including a teacher, were rescued.

"The kidnappers have made contact with the school and it was confirmed that 121 students were abducted while 28 were rescued and have been released to their parents," Madugu told AFP.

He said the gunmen were asking for food for the hostages who are likely being held in one of the armed group's forest hideouts while the kidnappers try to pressure officials for ransom payments.

"The kidnappers have asked for food -- rice, beans, oil and seasoning to feed the students," he said.

"Right now, the school authorities are meeting with the security agents to determine the next line of action," he said.

Map of Nigeria locating Chikun in the state of Kaduna.. By ClÃ©a PÃ‰CULIER (AFP)

Madugu said the school had been closed down since Monday, while "we are doing everything in collaboration with the security agents to free the students".

A teacher in the college, Emmanuel Paul, also said the abductors had contacted the school.

"The bandits have called the school authorities using the phone of the school head boy at the camp where they're keeping them, so that they could negotiate," he said.

"They called back in the evening after they kept waiting for the food. The school assured them they are going to do something about it by today," he said. "So far, they have made four contacts, twice on Monday and twice on Tuesday."

Paul explained that the initial toll of 140 abducted students which he gave on Monday did not take into account those who had gone home for a university entrance examination.

Around 1,000 students and pupils have been abducted across Nigeria since December. Most have been released after negotiations with local officials, although some are still being held.

President Muhammadu Buhari on Monday directed the military, police and intelligence agencies to ensure safe and early release of all kidnapped victims.